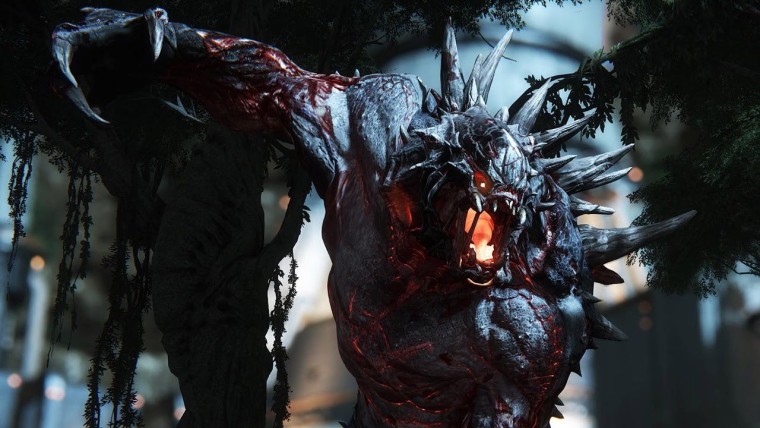 Evolve, a cooperative first-person shooter that launched just a little over six months ago, will be free-to-play over the weekend on the Xbox One and PC. The free-to-play weekend will involve the standard edition of the game with additional content being offered in a rotation.

From Friday, the base game will be accessible for free, with all maps, hunters, monsters and modes playable at no additional cost. A total of twelve playable characters, five gamemodes, and nineteen maps are included in the package, however opportunities to access expansions will arise during the weekend. This offers a perfect opportunity for those who participated in the 'Big Alpha' to try the final version of the product they tested.

All Evolve content to arrive since launch has been divided into two seasons. Currently, it is scheduled that from 12:01am PT, on September 4, all Season One expansion characters, and the Behemoth Monster will be free to play. Exactly 24 hours afterwards, the Season Two content will be free for a limited time, for both new, and veteran players.

For those playing Evolve for the first time, if you decide to purchase the game during, or after the event, all your progress will be transferred. Similarly, if you decide the title is not for you, all earned achievements will be permanently tied to your account. Even for players will all existing content, there is yet another reason to return, as a new monster is being added to the mix, starting this weekend. From September 3, the Meteor Goliath will be added, which improves on the existing Goliath monster, by adding a range of new perks and abilities. A full list of abilities can be seen on the Evolve site.