The long awaited final version of Microsoft Internet Explorer 8 final has gone live. Before we get into detail about changes, here are the download links: 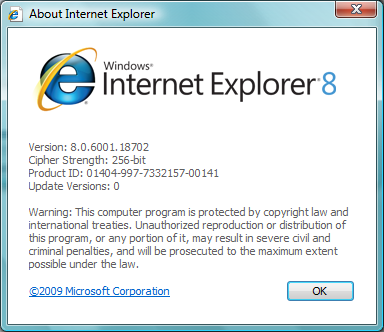 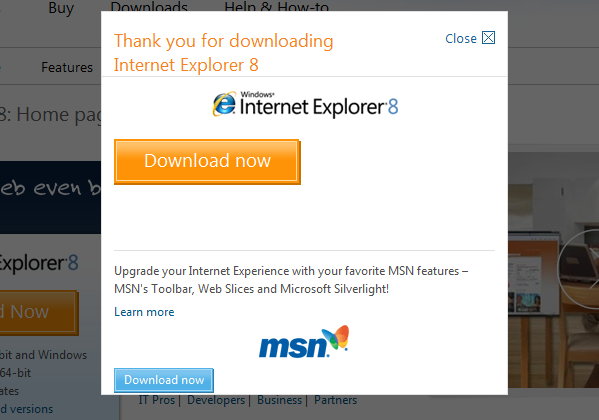 Upon installation I can say that the final version is a lot more stable than the Release Candidate that was released a few months ago. No noticeable changes as of yet, as this release focuses on the core features and functionality of Internet Explorer 8.

Unfortunately there is no version for Windows 7 being released today. Moments ago Dean Hachamovitch, general manager of Internet Explorer, just announced the availability of the final version at the MIX 09 Day 2 keynote session. You can watch the keynote session live, here.

Update: To announce the release of Internet Explorer 8, Microsoft is revisiting the best and worst of the web. From the days of dial-up to dancing hamsters. From bleeding GIFS to pointless status updates. Watch it here: "The History of the Internet"

In addition to the video above, which is not able to be embeded, Microsoft has released a video detailing our exact thoughts on Internet Explorer 8's performance. Check it out: