It appears that Facebook have enabled users in the UK to use their Places service. This is the first full launch of the geo-location service in Europe after the feature launched in the United States and rolled out to Japan last week. 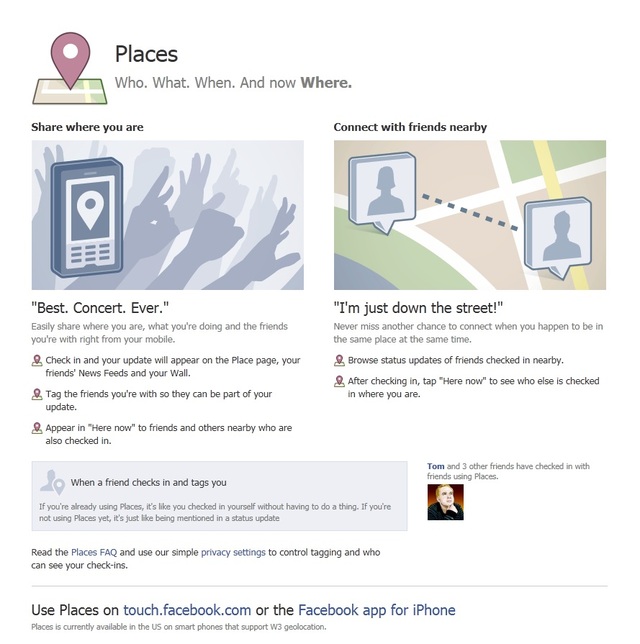 This feature rollout has been made official early this morning where The Next Web were in attendance and have answered a few questions about the service. They report that “At this stage, there will be no commercialization of Facebook Places in the UK, in terms of ads, just the ability to integrate Fan Pages with locations”. The website also reports that it is not currently possible to tag pictures or videos with a Places check in.

TechCrunch Europe are reporting that people have to “allow” themselves to be tagged in a location with someone else, appeasing some complaints people had with the service. It is also only possible to tag someone in a Places check in once someone is checked in to the place. TechCrunch also tweet that “Facebook's Place launch in the UK is the same product as the US. But they just used local data partners for the geo data”.

To access Places users will need to navigate to touch.facebook.com on a mobile device (with location aware features) where it is possible to both view all friends’ check ins and check in oneself.

Facebook haven’t announced when Places will be rolling out to other countries but have said there are now potentially 150 million users of the geo-location service.