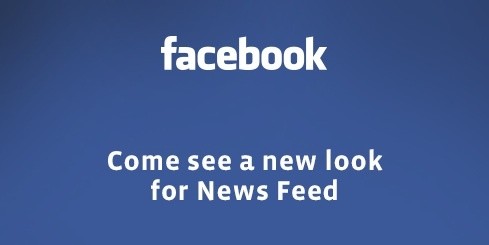 Of all the features that Facebook has, the one that gets the most use is the News Feed, where subscribers can see an ever flowing amount of updates from their friends, businesses and sometimes from sponsored news posts.

Today, Facebook sent out invites to members of the press inviting them to their headquarters in Menlo Park, California on Thursday. The invite said simply, "Come see a new look for News Feed," and the fact that Facebook is holding a press event to reveal these changes most likely means that they won't be merely cosmetic.

Facebook's last major change for its News Feed happened in September 2011, where posts were organized in order of importance, at least according to Facebook's algorithms. The change was met with a massive protest from many Facebook users, who preferred to see the most recent news posts on top, as has been the cast since Facebook launched the feature. A couple of months later, Facebook added in the option to sort news feed posts by "most recent".

It will be interesting to see if the News Feed changes, whatever they might be, will be welcomed or slammed by Facebook users.