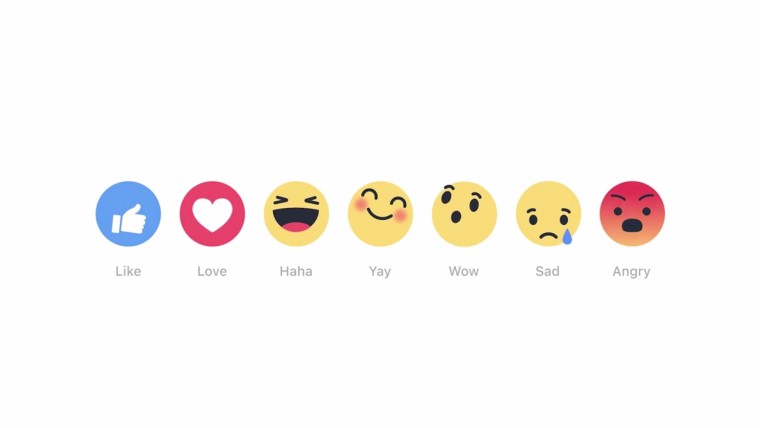 The latest change to the Like button appears to be even bigger than the change from the 'Become a fan' button. 'Reactions' introduces a select number of emoticon responses alongside the Like button on Facebook for the first time.

In his posting announcing the new feature, Mark Zuckerberg appears to suggest this is the Dislike button function he was referring to when saying last month that it was coming soon.

For many years though, people have asked us to add a "dislike" button. Not every moment is a good moment, and sometimes you just want a way to express empathy. These are important moments where you need the power to share more than ever, and a Like might not be the best way to express yourself.

Zuckerberg previously said users wanting to express empathy was the driving force behind the momentum for the Dislike button. However, instead of introducing an outright Dislike button, Facebook has instead gone with a select range of emoticon reactions, being: Love, Haha, Yay, Wow, Sad & Angry.

Reactions is the latest push by Facebook to make the social network a little more animated after last week's announcement of profile videos.

For now, testing of Reactions is only open to users in Spain and Ireland. After which, Facebook promises to expand it worldwide.