It has been revealed that Facebook are once again testing a new homepage design which makes many of the page's elements stationary, while making the news feed scrollable. This in turns allows the user to scroll through a long news feed while still having navigation easily available. 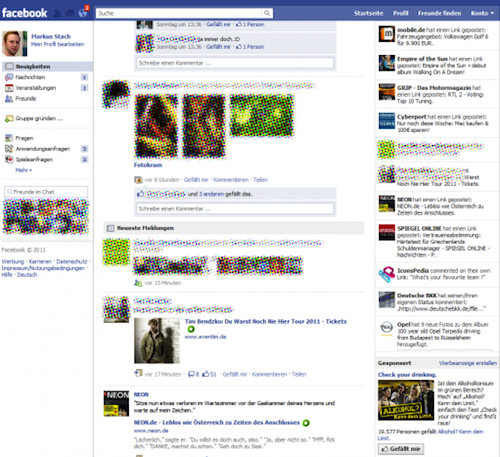 As mentioned on Inside Facebook, the look and feel of Facebook will remain largely the same, which may be a relief to some who have found it hard to adapt to previous UI changes to the social network. However the changes do make it easier for the user to navigate around the site given that at the moment, if you have a lengthy news feed, you'll have to scroll all the way to the top to change to another option.  In some sense, the design is similar to sites like Twitter which merge design of scrolling items and stationary ones.

The benefits of this change won't just be a positive for the computer user though, it may well bring greater success to businesses who pay Facebook in order to gain advertising space. The advertising on the new design will essentially be on the page most of the time, if not all, which in turn could make advertising on Facebook a more lucrative business. But developers will also benefit too, the fact that their applications would stay on screen towards the left means, once again, more screen time for them.

Facebook haven't released a new iteration of their website for quite some time now, so it is not surprising that they are currently testing a change that we could soon see on our screens. What is surprising though is that the change hasn't meant a significant shift in the way the social network feels to users, perhaps they are taking feedback from users onboard?