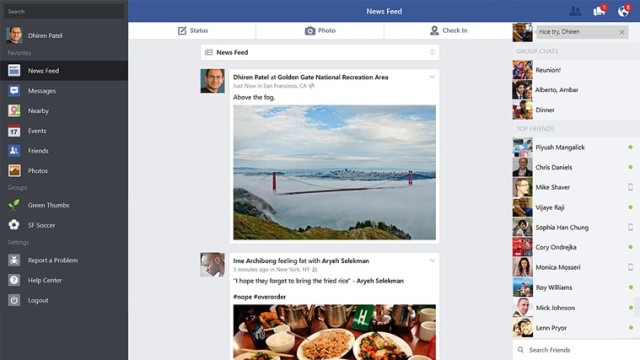 Since the official Facebook app for Windows 8.1 was released just over two months ago, the social network has pushed out a number of updates, adding lots of features along the way. Today, yet another new version of the app is available for download and the change log shows quite a few new additions are a part of this update.

The Windows Store page shows that the 1.2.0.12 version of the Facebook app now allows users to finally edit posts and comments for the first time; this is likely to be a welcome addition to heavy Facebook users. The update also includes a way to copy a link to a post.

The Snap mode has been improved so that the entire Facebook app can be viewed when it is snapped to 320 pixels. There's been some image-based improvements, including a way to create new albums from the photo page and adding or deleting new images from an album and the app now lets users add or remove people from any Facebook groups they are in charge of. There's also a New Stories indicator and a new "Smileys" sticker pack.

These are just some of the new additions and changes that's been put into the app and it shows the Facebook team is serious about keeping the app updated, which is more than can be said of other Windows 8.1 software developers.