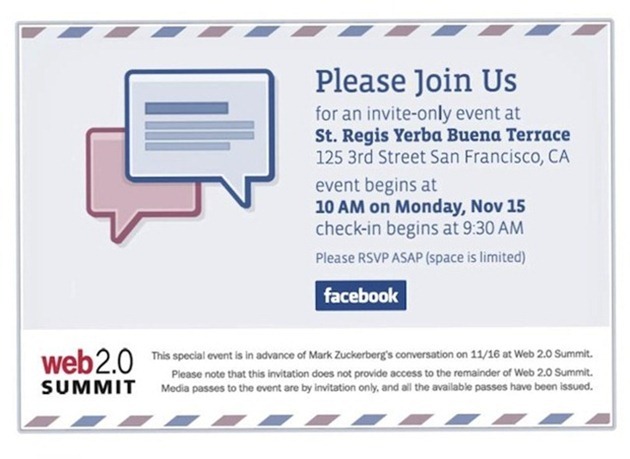 Facebook sent out invites to many websites, asking them to be part of an unveiling on Monday, November 15. The invite doesn't explain much, but it does use the inbox icon used on the Facebook application on the iPhone.

The juicy details don't end there. Rumor has it that Facebook email will support Microsoft Office Web Apps. The partnership between Facebook and Microsoft is continuing to grow, while the battle with Google continues to grow.

Facebook has one of the worlds most popular photo sharing service, a feature they may focus on in through their email service. There is also many more features like Places, games, applications and even their friend algorithm that could play a massive part in their email service. It will be interesting to see what Facebook has planned for Monday. We'll be sure to cover what Facebook announces next week.

Update: Facebook has recently purchased www.fb.com, which could possibly be the domain name for the email clients.