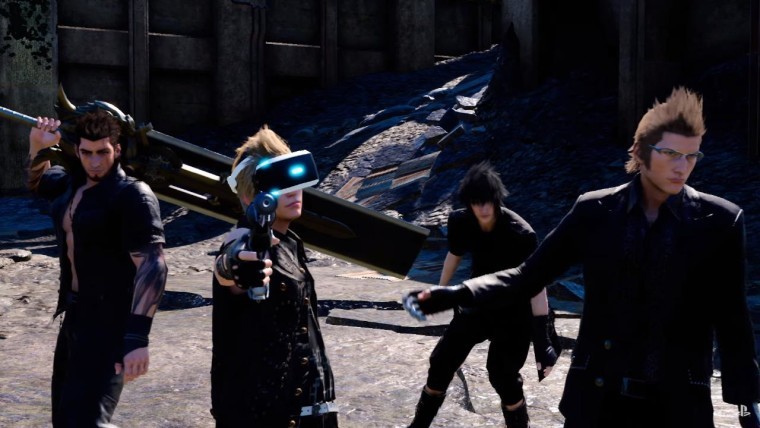 Fans of the Final Fantasy franchise have plenty to look forward to already. Come September 30, Final Fantasy XV will be available for play on Playstation 4 and Xbox One. Sometime in the next year or so, the highly-anticipated Final Fantasy VII remaster will also be making its debut. Now, if you've always wanted to fully immerse yourself in the Final Fantasy universe, you're going to get your chance.

Announced on the back-end of another Final Fantasy XV gameplay trailer at E3, Square Enix surprised many with the announcement that Final Fantasy XV will also be accompanied by a Final Fantasy XV VR Experience launch as well. Using the upcoming Playstation VR headset, gamers will be able to play as the game's Prompto character and see everything from a first person perspective, even the intense cinematic combat sequences Final Fantasy has popularized in recent titles.

Whether or not this VR version of Final Fantasy XV is a separate creation or just another way to play the full game is not yet clear. This is the first mention of any VR support for Final Fantasy XV and it would seem that, given the release date of the game, this "VR Experience" will be some kind of standalone version.

You can view the trailer for Final Fantasy XV above.