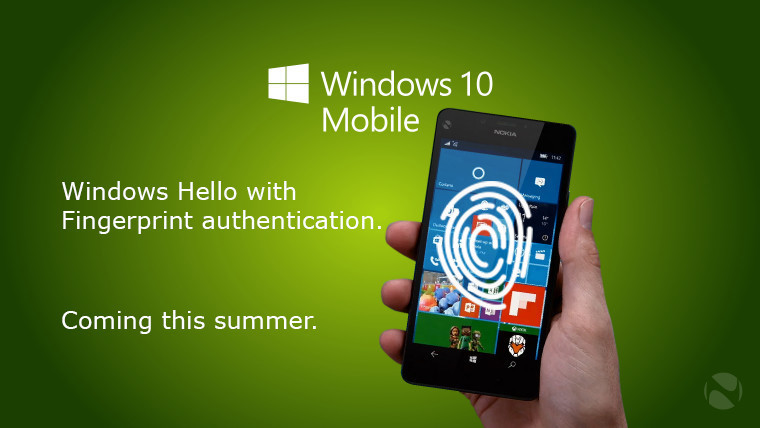 Microsoft's recent WinHEC conference, which is a technical conference surrounding the latest improvements in technology and emerging technologies, delivered a slide on fingerprint support in Windows 10. 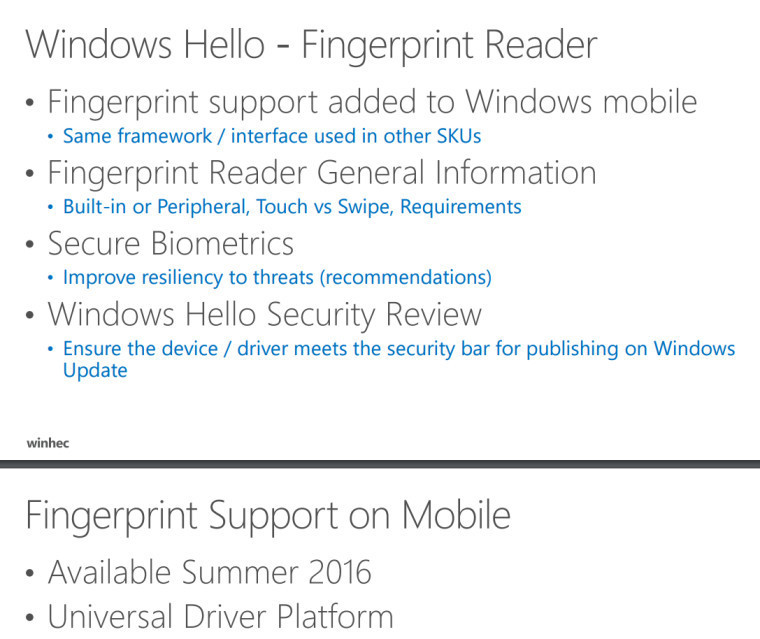 As seen above, fingerprint support will be coming to Windows 10 Mobile this summer, as part of the Anniversary Update. The mobile platform of Windows 10 will be using the same drivers and backend code that Windows Hello currently uses for PCs, where fingerprint readers are already supported.

The slide also notes two pieces of information about the methods in which fingerprint reading can be implemented. Firstly, device manufacturers will be able to choose between built-in readers, or an external peripheral (likely to be for Continuum). Two gestures will also be supported: touch and swipe.

As Insiders are currently previewing the upcoming Anniversary Update, it is likely that this feature will come through the rings over the next few weeks, as part of a Windows Hello update.