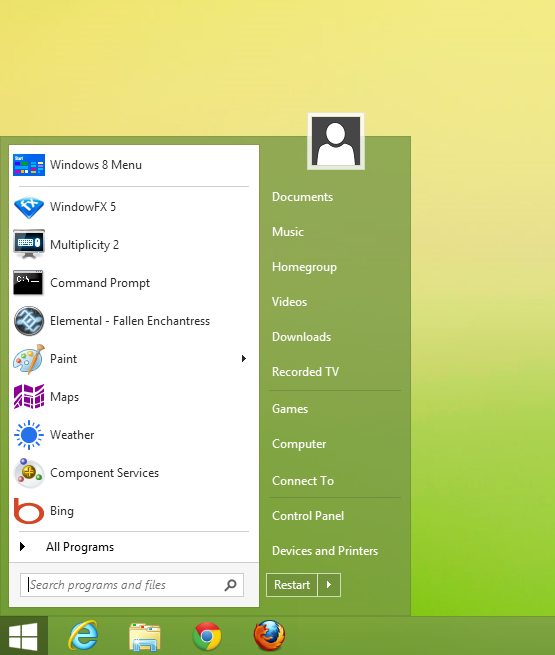 For the past several months, Stardock has been working on Start8 for Windows 8, which was designed to bring the familiar Start menu UI to the Windows 8 desktop interface. The company has released a number of free beta versions in the past several months but today, the company announced the final non-beta commercial version is now available to download and/or purchase.

Start8 will boot up a Windows 8 PC directly to the desktop UI, rather than the Modern interface. It also adds a version of the Start menu that has been available for previous versions of Windows to the Windows 8 desktop. In addition, it adds the ability to search for "Modern" Windows 8 apps, along with allowing users to pin and launch regular and Modern UI Windows 8 applications from the start menu.

The Windows 8 Start screen is also available for access from within the new Start8 menu, along with skinning options and a way to disable the desktop Windows 8 "hot spots". Users can go ahead and download a free 30 day trial version or get the full version now for $4.99.