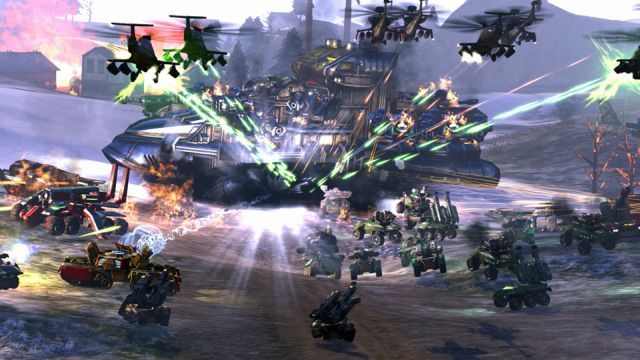 The long-in-development RTS game End of Nations, from developer Petroglyph and publisher Trion, is finally preparing for its first closed beta event. In a post on the game's official web site, it was announced that the first beta weekend will happen on July 20th and run through July 22nd.

The website also revealed what will be contained in the first beta weekend event. It will allow the selected players to check out the game's tutorial level, called Widow’s Wall. In addition, there will be two multiplayer maps included. One will support up to eight players in 4x4 teams while the other will be a big 24 player map with 12x12 teams.

While the game is free-to-play, Trion is selling a Founder's Edition version of End of Nations that, among other things, guarantees a spot in all of the closed beta tests. If you want to take your chances, random beta keys are being given out on the game's official Facebook and Twitter pages.

First announced in 2010, End of Nations takes place on a near future version of Earth where, in the midst of a massive economic meltdown, superpowers fight to control the planet. The game is expected to officially launch later in 2012.