BlackBerry Leaks has posted what appear to be the first and only images of RIM's rumored slider phone. While closed, the phone embodies the Storm look. It's got a large screen and built in navigation buttons. However, the phone contains a trackpad, which is uncharacteristic of the Storm line, though it would be very useful for navigation. Many newer smartphones have similar configurations, so this doesn't lessen the legitimacy of the leaked photos. The phone seems like a mix of current touchscreen and optical trackpad models, combined with a slide-out keyboard.

The site mentions the possibility of this being the Storm 3. The rumored OS for the phone is said to be version 6.0. Information about it is scarce. When opened, the phone seems to have a keyboard similar to the Bold, and not like the Curve, whose buttons are rounded. No release date, pricing, or carrier information is available at this time. 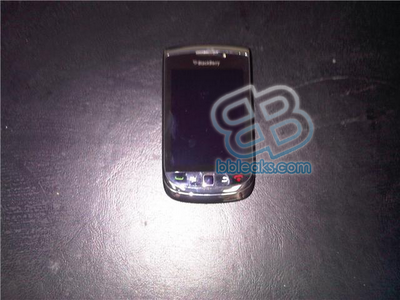 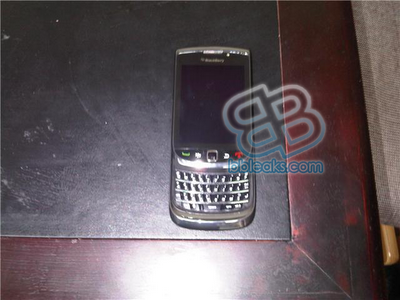 UPDATE: BlackBerry Leaks has posted some more images. These are much clearer and show the size of the Slider compared to a Curve. 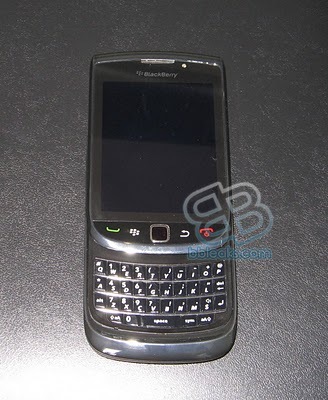 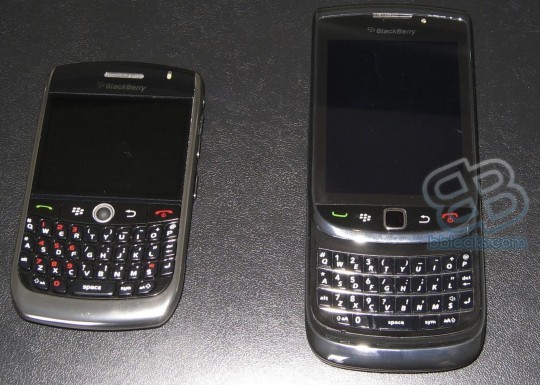 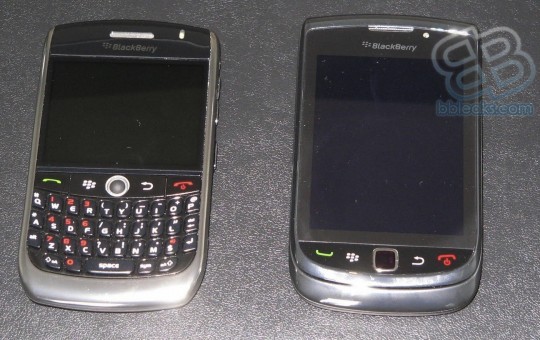 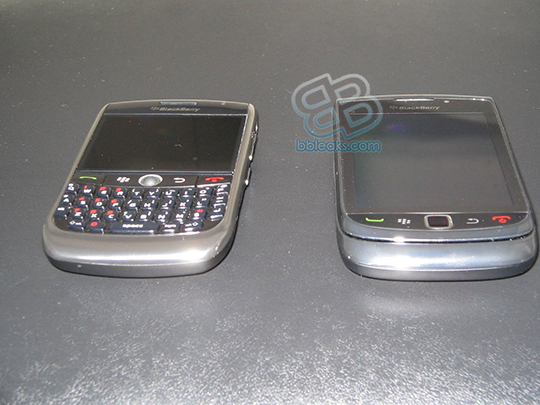