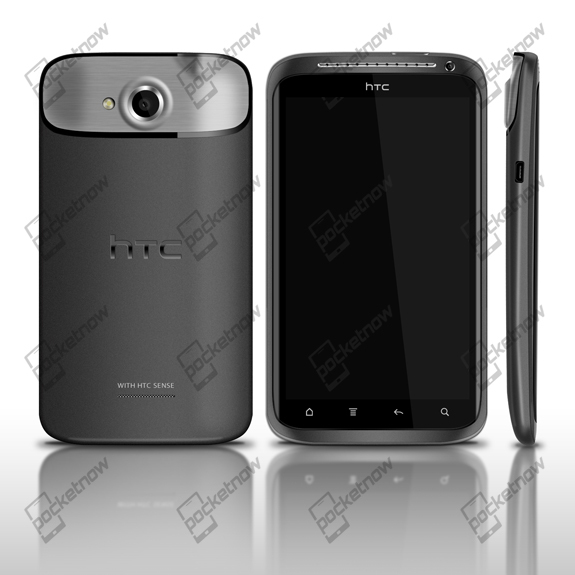 Dual-core processors in smartphones are still a fairly recent hardware development, but if a new rumor at the Pocketnow.com web site is to be believed, it won't be long before the first quad-core processor-based smartphone will go on sale. The site reports that the first such phone could be the HTC Edge, and the article also has images reportedly of this upcoming product.

The massive 4.7 inch phone is going to have a number of high-end specifications including 1 GB of RAM, an eight megapixel camera, and 32 GB of internal storage space. The story claims that the HTC Edge will also be the first to contain NVIDIA's quad-core Tegra 3 processor, which is also known by its code name Kal-El. The story claims that the Tegra 3 will have four cores running at 1.5 GHz which should make the smartphone extremely speedy in terms of performance.

There's no word on what operating system might be running things on the HTC Edge but Android 4.0 would seem to be the best bet. We still have a lot of concerns about this device such as the price (we are betting this will be a very expensive phone) and most importantly what the battery life would be like with a quad-core smartphone. The article claims that the HTC Edge is still a few months away; it's due out either late in the first quarter of 2012 or early in the second quarter for next year.