It's been a heck of a busy day at Yahoo as the company has already announced plans to acquire the Tumblr blog service for $1.1 billion. Today, Yahoo held its previously announced media event in New York City and while they did mention the Tumblr news, the focus of the press conference was its Flickr online photo service.

In a post on the Flickr blog, Yahoo stated that from now on, free users of Flickr can look forward to using 1 TB of storage space for their photos and videos. The blog stated:

At Flickr, we believe you should share all your images in full resolution, so life’s moments can be relived in their original quality. No limited pixels, no cramped formats, no memories that fall flat. We’re giving your photos room to breathe, and you the space to upload a dizzying number of photos and videos, for free.

In terms of videos, individual clips have an upper limit of three minutes each but Flickr users can upload as many of those clips as they wish until they reach the 1 TB free storage cap. It will be interesting to see how other cloud data storage services like Microsoft's SkyDrive, Dropbox and Google Drive respond to this massive gesture from Flickr and Yahoo. 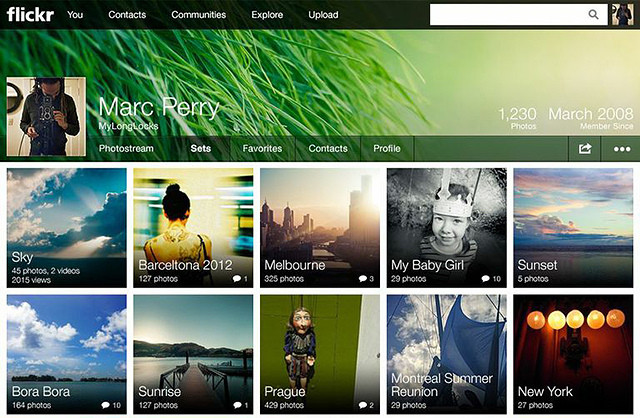 In addition to the storage bump, Flickr will launch a new user interface for its website, along with new tools to help users organize photos. There's also a new a new Activity Feed that shows new images uploaded by yourself as well as friends. A new slideshow mode lets Flickr subscribers see individual images in their full screen glory. The blog added, "We combined elegant transitions and facial detection technology to make sure the key elements in every photo are highlighted."