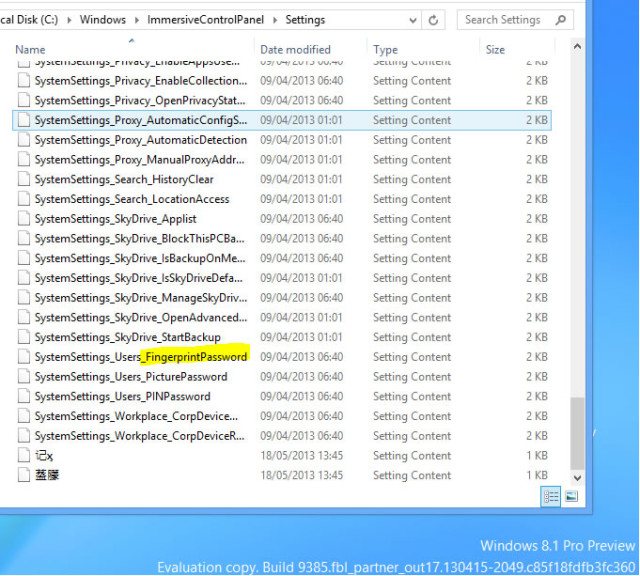 Microsoft has already told the world that Windows 8.1 will be a free update via the Windows Store, with a preview version being released on June 26th. As for the content of the update, little is concrete. We could see the return of the Start button, in a significant U-turn from Microsoft. Other additions could include improved homescreen customisation (which could also come to the next Xbox), greater search options and more.

WinBeta is reporting that Windows 8.1 build 9385 - which has reportedly been distributed to OEMs - contains a new setting called "SystemSettings_User_FingerprintPassword." The report notes that the setting is non-functional in it's current form, but is present nonetheless. The new setting sits alongside other which are functioning, such as "PicturePassword" and "PinPassword".

If this addition makes it into the final build, thought to be build 9600, then it would certainly be an interesting move by Microsoft, and would need OEM support to be properly implemented. The Surface tablets don't include fingerprint scanners, while other Windows 8 and Windows RT tablets also lack the feature.