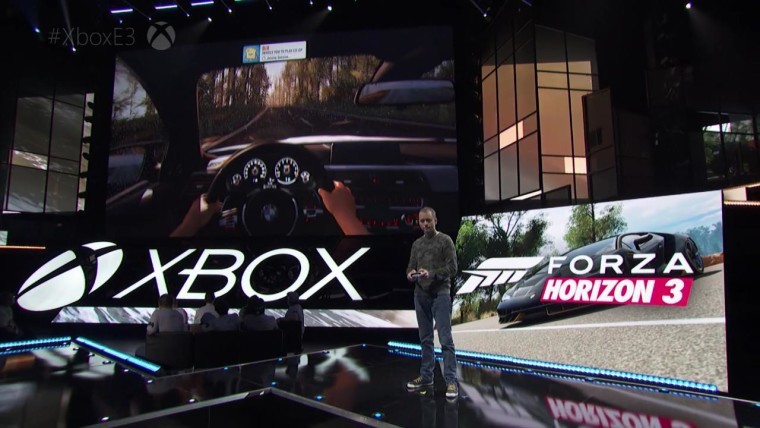 Microsoft has announced the third installment of its Forza Horizon franchise. Taking the stage at E3, Microsoft and developer Playground Games showed off in-game footage of Forza Horizon 3 running on the Xbox One and Windows 10.

Plenty more information is still to come regarding the new game but Playground Games did mention that it will support crossplay between Xbox One and Windows 10, thanks to the new Xbox Play Anywhere feature.

Forza Horizon 3 also supports cooperative play for campaign mode and features the ability to join a friend's race in progress - showcased by a helicopter dropping off a vehicle on the track a player was currently racing through.

The game will have support for HDR when played on the newly-announced Xbox One S.

Forza Horizon 3 will be available from September 27.