We have seen our share of third party alternatives to the "Modern" Start screen for Windows 8. Products like Start8, RetroUI and Pokki all offer up ways for users of Microsoft's latest operating system to access the desktop UI with elements of the new Start screen.

Now one of Neowin's forum members has posted up some mockups of his concept of a Windows 8 desktop that look really impressive, at least on the surface. Neowin member AmazingRando uploaded his mockups in the forums a few days ago. 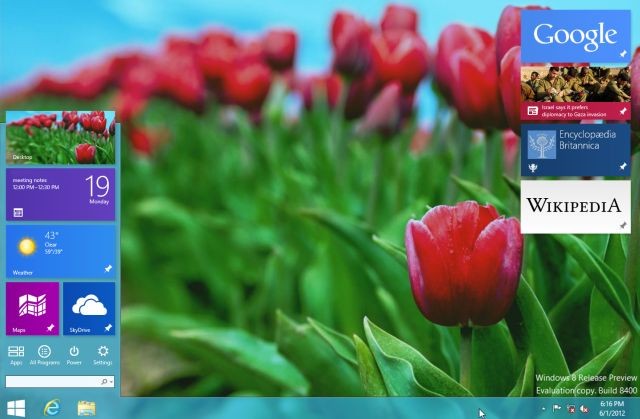 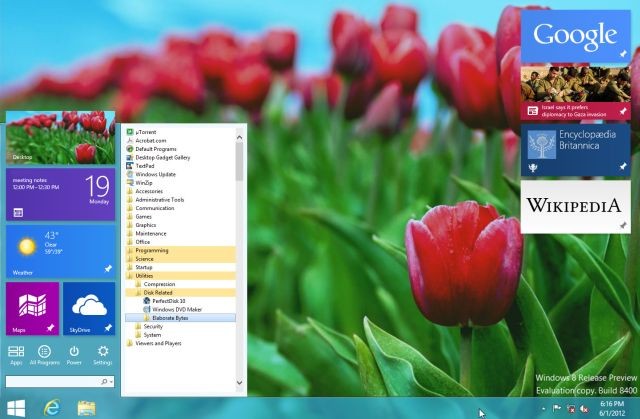 As you can see, elements of the Start menu show up in this mockup of the desktop but it still allows for full access to Windows 8 apps as well as the desktop UI. In his post, AmazingRando says:

Any tile will have the ability to be 'Pinned to Start Menu', as shown here with the weather, Maps and Skydrive Apps. Any tile shown that are not pinned will be based on what is open or has been open. Mouse wheeling or finger sliding/flicking will spin thru this list of tiles (in this example it shows Desktop and Calendar) of all your currently running tiles.

He adds, "In the normal mode, the Start Menu will default at 4 or even 5 tiles high with the ability to adjust to go from one corner to the other. It will never get wider unless a search is done or you tap All Programs. Tapping "Apps" will take you to the Start Screen. Power and Settings buttons should be pretty obvious."

You may also see some tiles on the right of the desktop that look a bit like the Windows 7 desktop gadgets that Microsoft did away with for Windows 8. AmazingRando says, "They are simply live tiles that can be pinned to your desktop screen and are covered up by any windows just as in prior versions of Windows with gadgets."

Perhaps some enterprising software engineer might take a look at this concept and make it into a reality one day.