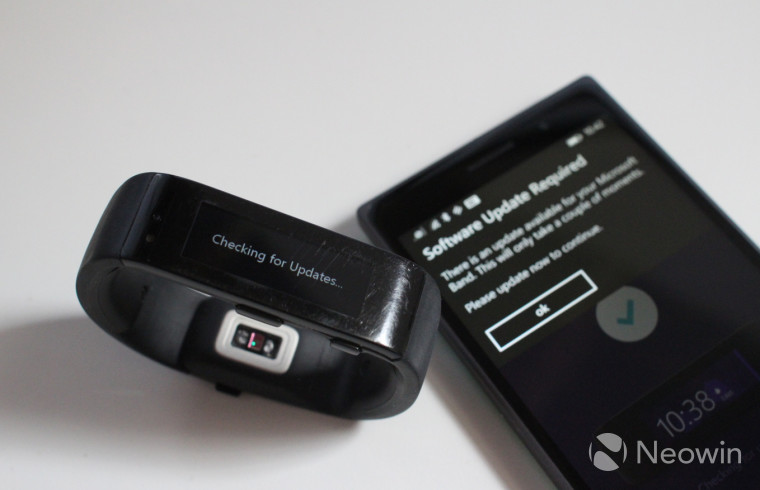 Earlier today, Microsoft released an update for the Band and with it comes several new features like a bike tile and a virtual keyboard. This is the first major update for the Band since it was released back in October of 2014 and one that many have been waiting to arrive.

If you want to see the entire change log, you can view it here, but for consumers, the two big updates are the bike tile and the virtual keyboard. The bike tile, as the name suggests, makes it easy to track your bike rides much like you do with running.

The virtual keyboard is much more interesting as it allows you to respond to SMS messages from the band. With help from Microsoft’s World Flow technology, which predicts commonly used words and phrases, the keyboard on the Band is a decent implementation based on early feedback.

You can take a look the images below, and thanks to @c1c2c3c4 for the keyboard images as my band is not showing the keyboard settings no matter how many times it has been reset or paired with my phone.