It was the most pirated TV show of 2012. It retained that title in 2013. And now, for the third year in a row, Game of Thrones has become the most downloaded TV show of the year - and it was way, way ahead of the other shows in the top ten.

As TorrentFreak reports, there were over 8.1 million downloads of the show on BitTorrent in 2014, well ahead of The Walking Dead, which registered 4.8 million downloads and The Big Bang Theory with 3.9 million. The full top-ten list is shown below: 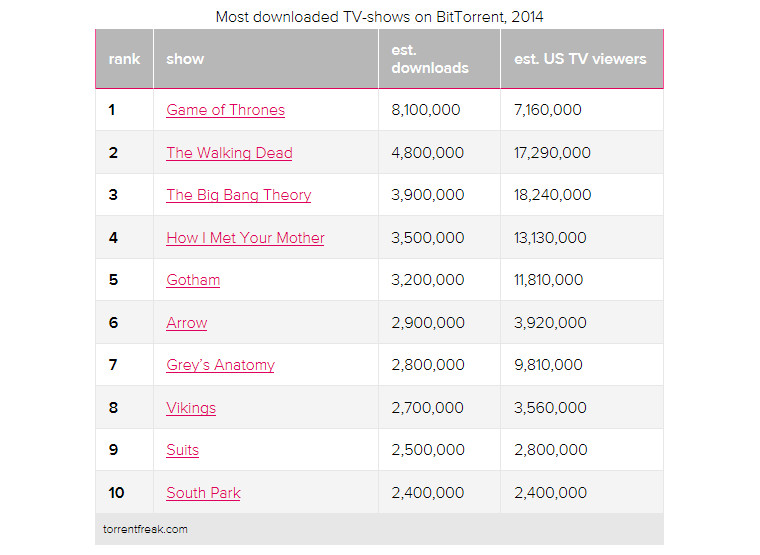 Piracy doesn't appear to have hindered the popularity of the most downloaded show on that list. When the Game of Thrones pilot episode, 'Winter is Coming', was first broadcast on HBO in April 2011, its ratings reached 2.2 million viewers, with the first season finale reaching 3 million. Ratings in the most recent season, its fourth, have frequently climbed over 7 million.

Of course, the counterargument to that is the assertion that HBO's ratings would be even higher if it wasn't for piracy... but that's a discussion for another day. For now, let's just lament the fact that Grey's Anatomy is in the top ten.