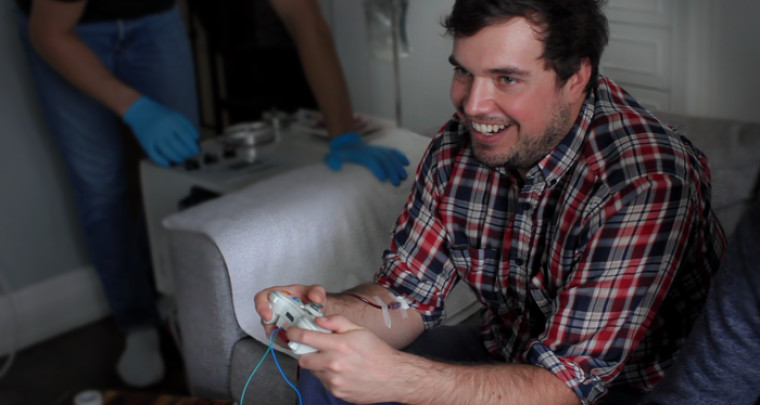 'Blood Sport' is a category of sports or entertainment which causes bloodshed. Often associated with fights between animals and/or humans for the sake of entertainment of the audience, it is generally frowned upon by the society. However, two people; Taran Chadha and Jamie Umpherson, are now trying to turn this 'sport' into one which will actually benefit people as well.

The duo, known as 'Brand & Grotesque' is seeking out $250,000 (Canadian Dollars) in a Kickstarter campaign. Funding the campaign will allow Taran and Jamie to develop a gaming peripheral which will suck the blood out of you. Yes, literally.

This peripheral device works in a very interesting way. When playing a competitive FPS for example, if you get hit by an in-game bullet, your controller will vibrate which will then lead to blood being drawn out of your arm. As ridiculous and impossible as it may sound, the mechanics for accomplishing this are quite simple. Here's how the developers describe it:

It’s stupidly simple. Remember the rumble pack? Well, nowadays most video game controllers rumble when you get shot in the game. That rumbling means that an electrical signal is being sent to the controller to let you know you’ve been hit. All we’re doing is re-routing that same electrical signal and using it to turn on the blood collection system.

Using just two wires, we’re able to connect your controller to the blood collection machine via an Arduino Board....... 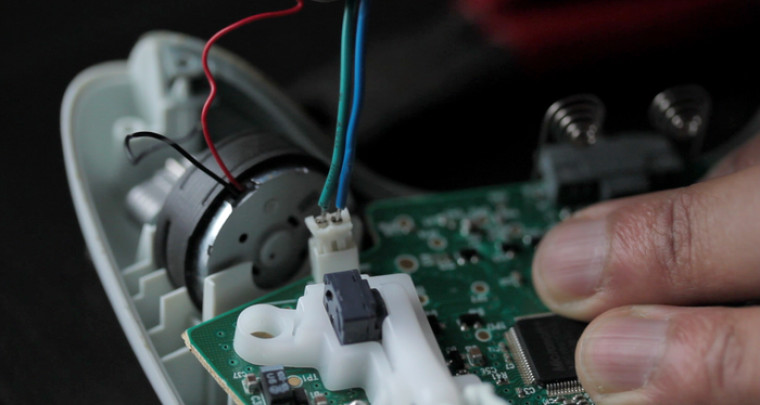 By raising the stakes up a bit, the creators hope to encourage more people to donate blood and to take competitive gaming to a whole new level. For this purpose, they have also requested people not only to pledge money but also to tweet famous gaming personalities like Pewdiepie, Nadeshot and OpTic Gaming and non-gaming famous celebrities as well including Conan O'Brein, Snoop Dogg and Jimmy Kimmel to celebrate the launch of this bizarre blood donation system.

All the pledged money will be spent on making a robust system capable of wear and tear to be used in a nationwide Blood Sport tour, travel costs, safety measures and to promote the tour. According to the creators, none of the money will be kept for profit and the team will work for free.

250k seems like a lot?!! It did to us too, but after doing some hard math, it was the best we could do with a tour around Canada. Buying all the latest gaming equipment plus all new medical gear gets expensive fast, and then transporting all that stuff around the country with the help of professional staff isn't cheap. But we think there's enough hardcore gamers out there, that if we all pitch in a little, we can make this happen.

But with $3,390 collected from 39 backers in six days and another $246,610 to collect in 39 more days, it seems quite optimistic to believe that the Kickstarter will succeed. The creators also don't ship the product, so interested people will have to come to 'the largest cities in each province (sometimes the second largest as well)', according to the development team, to try out the peripheral.

The point of the project is to make the process of donating blood more fun and if they can succeed, they hope to improve the rate at which the average citizen donates blood.

You can view the Kickstarter campaign, 'Blood Sport: The Ultimate in Immersive Gaming' by Brand & Grotesque here.

[Update] Kickstarter has suspended this project.

Despite generating $3,390 with 39 days still to go, the project has been suspended by Kickstarter.

"Hi All! We're currently suspended and looking into the reason," reads a Brand & Grotesque update. "Stay tuned, and make sure to start training for Blood Sport by donating some blood down at the clinic while we figure this out!"