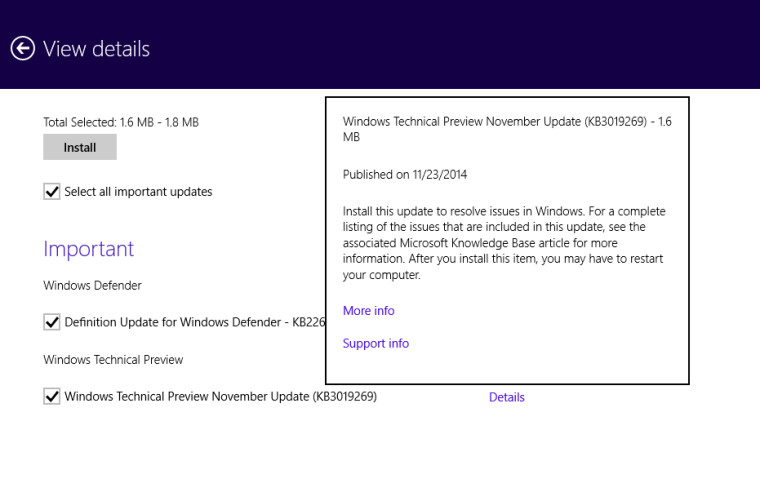 Microsoft has released a patch for Windows 10 build 9879 and you can download it now by going to Windows Update. The patch is being called the 'November Update' and is KB3019269.

The update fixes the 0xAB bluescreen that some 'fast ring' users were hitting. Microsoft also said that they want to see how this fix plays out before pushing down the build to the 'slow' ring users.

Thanks for the tips Greg, Mike and everyone else!