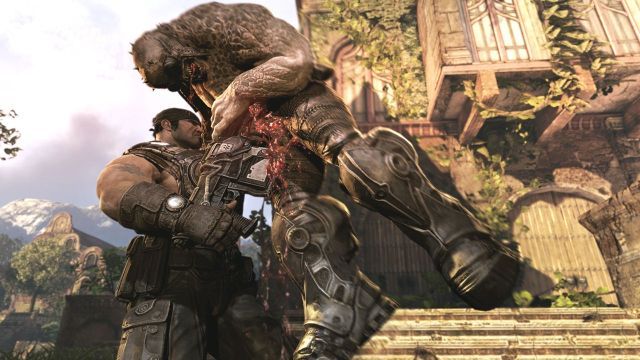 Gears of War 3 players got a chance to play a multiplayer beta of the upcoming Xbox 360 third person shooter for the past few weeks. Now that the multiplayer beta is over, developer Epic Games and publisher Microsoft have revealed details about two special versions of the game that will be released alongside the regular edition.

Eurogamer reports that the Limited Edition of Gears of War 3 will contain a bunch of extra features. It will have an Octus Service Medal that will include a Xbox Live code that can be used to access an exclusive Adam Fenix model for multiplayer. It will also have a fabric COG Flag and the "personal effects of Adam Fenix", including his will. Gamestop lists the Limited Edition as being priced at $79.99.

However if you want to go all out for your Gears of War 3 experience you can pony up $149.99 for the Epic Edition. This edition, in addition to containing all of the content in the Limited Edition, will also have an exclusive Marcus Fenix PVC statue that is designed by Epic Games Art Director Chris Perna and sculpted by Triforce. The Epic edition will also have a 96 page behind-the-scenes book, The Art and Design of Gears of War, as well as the Infected Omen Weapons Pack that adds exclusive multiplayer skins for the game's first five weapons.

Gears of War 3, after previously announced for release last April, currently is scheduled for release for the Xbox 360 on September 20.