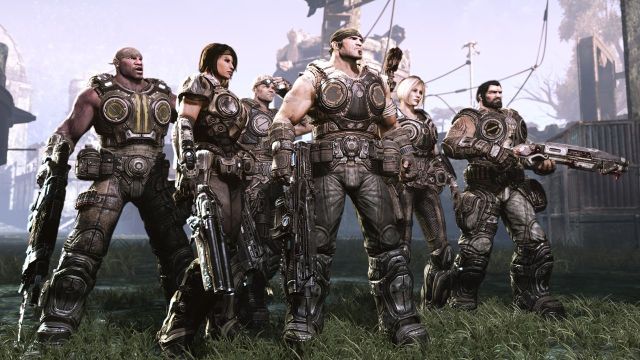 If you work at game developer Epic Games, it's a pretty good day if you are on the the Gears of War 3 team. The third game in the popular Xbox 360 sci-fi third person shooter series isn't due for release until September 20. However today the game's publisher Microsoft announced that pre-order sales for Gears of War 3 have already gone over 1 million copies, over four months before the game comes out. Microsoft says that's the fastest any Xbox 360 exclusive game has reached that pre-order sales amount.

The press release also gave out some interesting stats about the just completed multiplayer beta for the game. Among the bullet points are that over 23 billion bullets were fired during the beta test. Over 11 million matches were completed and over 927 million in-game kills were recorded during the beta. Over 23 million of those kills were accomplished by Gears of War's trademark chainsaw melee weapon.

Microsoft has already announced plans earlier this week to release two special editions of Gears of War 3 in addition to the standard $59.99 versions that just contains the game. The $79.99 Limited Edition will have a number of extras including an exclusive Adam Fenix model for multiplayer. The other special version is the $149.99 Epic Edition which will have all of the content of the Limited Edition plus a behind-the-scenes book, exclusive skins for your starting weapons and most impressively a Marcus Fenix PVC statue designed by Epic Games Art Director Chris Perna and sculpted by Triforce.