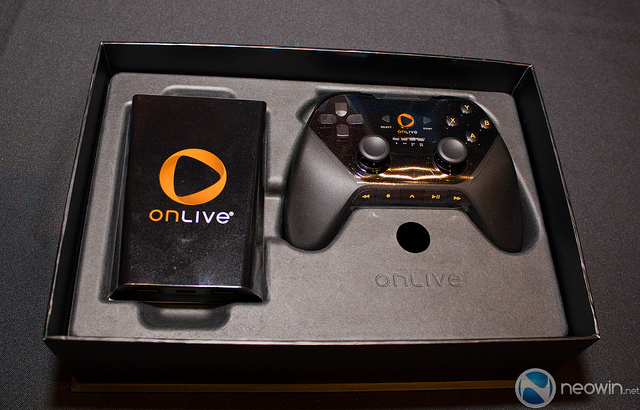 If you have been wanting to try out the OnLive Micro Console and see what all this streaming game service talk is about, the company behind it is making it easier. OnLive announced this week that folks who pre-order the upcoming THQ published sci-fi shooter Red Faction Armageddon from OnLive will get the Micro Console for free along with a free OnLive PlayPass for the last game in the series, Red Faction Guerrilla. That's an extra $99 bucks of value for a game that you would normally pay $50 for.

Of course there's a slight catch. You will still have to pay for the shipping, handling, and tax charges for the Micro Console. The special offer will end at 11:59 PM Pacific time on June 6. While you can stream and play OnLive games from your PC or laptop, the Micro Console allows people to hook up their Internet connection to the device which then can be hooked up to a big screen television. It also comes with a console style controller.

OnLive officially launched last June just after E3 2010 and since then the service has added more and more games to its library of titles. Later in 2010, the company launched its Micro Console hardware. Earlier in 2011, OnLive launched its PlayBack service with over 50 games available to play for just one monthly fee, similar to the Netflix streaming video and TV service. Unlike Netflix, Onlive is a privately held company and so far has not revealed its subscription and sales numbers.