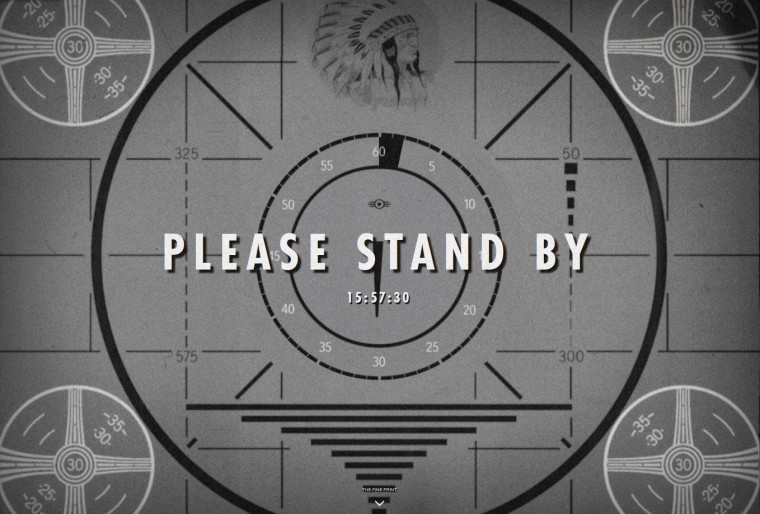 It's time to sit back, crack open a Nuka-Cola, and start saving your caps because it appears that we're going to soon learn more about the long-awaited Fallout sequel. Today the Bethesda Softworks website began showing a countdown timer on the main page, and the style of site mimics that of the Fallout series. While nobody's exactly sure what the countdown is for, it's expected that we'll at least get a teaser of some sort in advance of the E3 show, with a full demo likely at the conference itself.

If you take a look at the HTML source of the website, you're greeted with a cute Easter Egg indicating that the Masterbrain is being shutdown, another Fallout reference.

PA system failure has occured. Shutdown of the Masterbrain has been authorized and all sensitive materials have been removed for security purposes. Please attempt re-access. Have a pleasant day.

The entire game has been shrouded in mystery, with very little actual information leaking out to the public. The rumor is that the game will be set in Boston, based on some casting calls that were seen back in 2013. Other than that, your guess is as good as anybody else's, but given the history of the series, the game promises to be worth the wait.