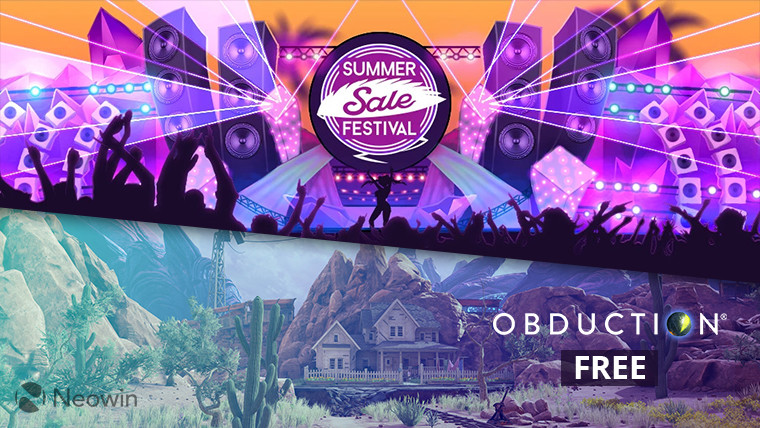 With Epic's Mega Sale well underway, and Steam allegedly poised to kick off its Summer Sale on June 29, GOG has taken the wraps off of its very own Summer Sale Festival.

What's notable about this sale is that it brings, for the first time on GOG, a DRM-free variant of the BioShock Infinite Complete Edition - which includes Episode 1 and 2 of the Burial at Sea DLC, as well as Clash in the Clouds and Columbia's Finest - at 75% off. That's about $15.29, though prices may vary depending on region.

In addition to the brand new DRM-free addition, major GOG sales usually come with a free giveaway, and this time it's the turn of 2016 sci-fi puzzle title Obduction. This was created by Cyan, the same folks behind well-known puzzlers Myst and Riven. You're free to claim it at no cost until June 1 at 1PM UTC - that's 9AM EST, 6AM PST U.S. time.

In addition, GOG has also created seven collections of games as part of the whole festival-themed sale:

This sale also sees the return of the 24h Flash Deals, whereby an assortment of titles will be on sale for higher discounts, though only for a day. After being included in the flash sale, these titles will remain purchasable at lower discounts throughout the duration of the discount event. The first six to be available as flash sales are CHUCHEL Cherry Edition (-75%), Inquisitor (-90%), Shadows: Awakening (-70%), Titan Quest Anniversary Edition (-80%), Ys VIII: Lacrimosa of DANA (-30%), and Ori and the Blind Forest Definitive Edition (-50%).

Joining the ones above, plus the over 2,000 other ones, are theWarcraft 1 and 2 bundle, and Diablo, both of which have gotten their first ever 10% discount, if you're interested.