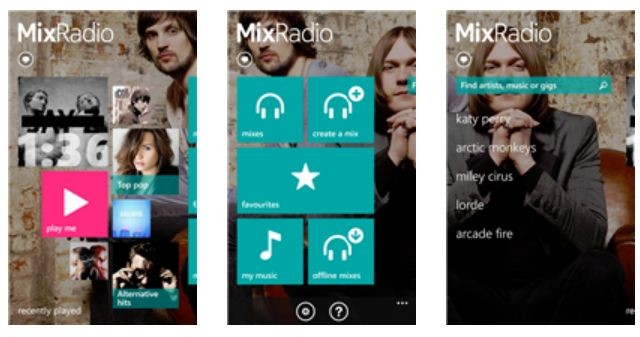 Nokia launched its own Nokia Music app for its Lumia Windows Phone devices in 2012, offering owners of those smartphones a free streaming music service. In 2013, Nokia Music+ was launched, with a way to download and store tracks from that music library for just $3.99 a month.

Today, Nokia has decided to relaunch Nokia Music, offering not only a new version of the app but an all new name, Nokia MixRadio. Lumia owners with Windows Phone 8 can download it now from the Windows Phone Store.

As with the old Nokia Music, the new Nokia MixRadio offers 150 playlists that total millions of songs for Lumia owners to listen to. Free users can download four playlists for offline use and the $3.99 per month fee still allows for unlimited downloads. The Nokia MixRadio has a new user interface, a way to share mixes with others via SMS, email, Twitter, Facebook and more.

Nokia is holding an event in New York City on Thursday to celebrate the revamped music service. More information can be found at its Facebook page, which includes a link to watch a live stream of the event which starts at 10:30 am ET.