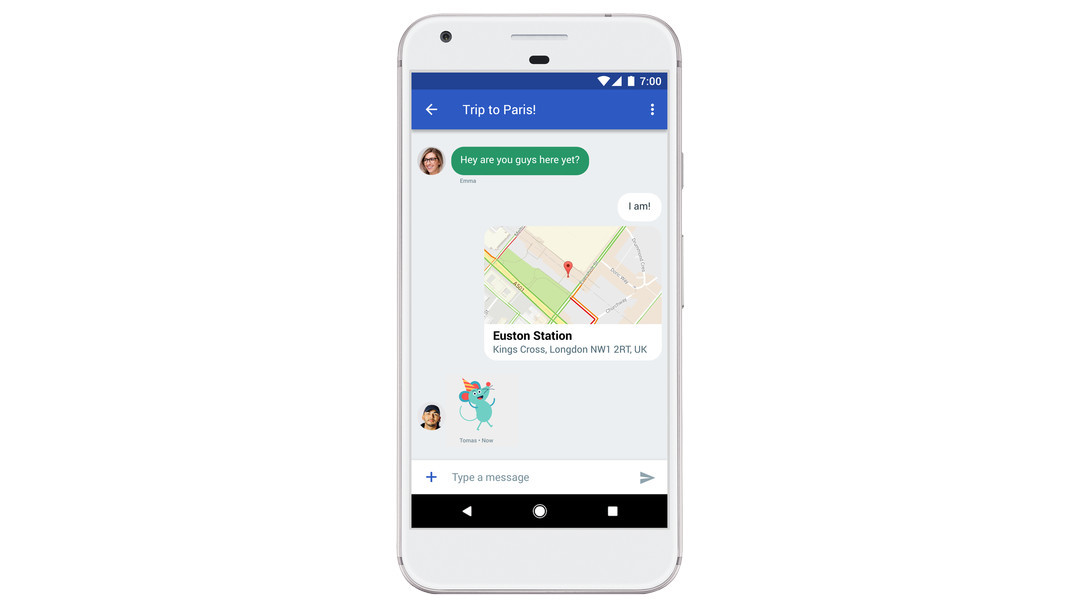 After announcement of a messaging service initiative between Google and global carriers, Google has now announced plans to update text messaging services for Android devices to include a universal standard called Rich Communications Services (RCS).

RCS messaging will be available on Android phones which are registered to one of the 27 carriers worldwide that Google has partnered with. The messaging service, which will come in the form of a unified messaging app called Android Messages, enables features such as high-resolution photo sharing, group chats, and read receipt notifications. Android Messages will also support SMS and MMS messaging so messages can still be sent to networks and devices which don't support RCS messaging.

In a blog post, the head of RCS at Google, Amir Sarhangi, stated that today's most widely used messaging standard, SMS, "hasn't evolved to to take advantage of all the features that smartphones enable today," and that that introduction of RCS messaging for Android devices represents a "significant step" towards the universal availability of the new messaging format.

As well as advantages to regular users, Sarhangi also touts the potential applications of the messaging service for businesses, stating that brands will now be able to send "more useful and interactive messages," detailed by the example of flight information such as boarding passes, visual flight updates, and terminal maps that could be sent to users through the messaging service. To encourage businesses to use the messaging service, Google has formed an Early Access Program to which companies such as Subway, Gamestop, Sky, and Philips are already registered.

Google's adoption of RCS could help it to compete with apps such as WhatsApp, which has recently released a new status feature, and Facebook Messenger, which is set to start testing in-app advertisments. Demonstrations of RCS business messaging will be showcased at Mobile World Congress next week.