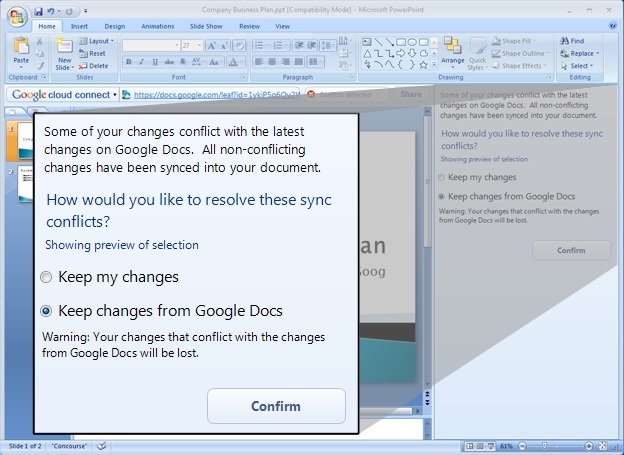 Things are starting to heat up between Microsoft and Google, with the search giant releasing a plugin for Microsoft Office today that allows users to directly edit Google Docs from the comfort of their very own word processor.

Google announced on its Enterprise Blog a new plugin called CloudConnect for Microsoft Office. The service allows users to edit documents directly in Microsoft Office products, and automatically syncs back to Google Docs on every save. It even offers a form of "collaborative" editing, too. The document can be edited by multiple individuals at a time, but changes won't be seen live, which could cause issues. 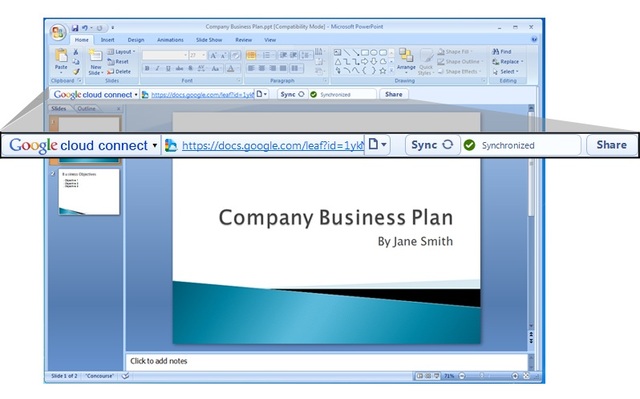 It's worth noting that unlike the online Google Docs editor -- which saves as you type -- CloudConnect requires you to press the save button, and apparently, this is by design. Jonathan Rochelle, Google Docs product manager says this is down to users expectations, as it's always been this way in Office, and it makes no sense to change it now.

CloudConnect comes after Google purchased DocVerse, the company that built the original software. Right now, it is in a limited preview form for Apps for Business customers (who can sign up here, if they weren't lucky enough to get an invite). The product will be available for everyone, not only Google Apps for Businesses customers when it is officially released.