Google has started to roll out the latest version of its browser, Chrome 64, to Windows, Mac and Linux devices. The update will arrive to users throughout the next few days or weeks and comes with some handy features and important mitigation related to the Meltdown and Spectre CPU vulnerabilities.

Chrome 64 features an improved pop-up blocker that Google claims will prevent sites with abusive experiences to open new tabs or windows. If you have ever been deceived by sites with transparent overlays, intentionally misplaced play buttons, and the like, you may welcome this update.

Also, as previously reported here at Neowin, starting with Chrome 64, autoplay videos are disabled by default. But of course there are some exceptions to the rule. For example, videos will be able to autoplay if they are muted or there is no sound at all, or if the user has shown interest in the content. Furthermore, users are now able to completely mute a site from its settings. 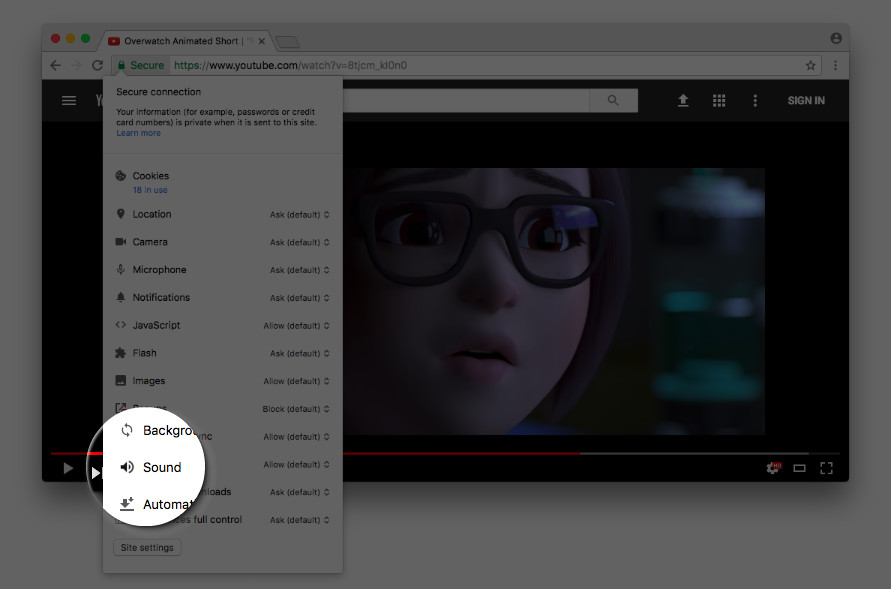 Another highly anticipated feature is the built-in protection against malicious auto-redirects. The first feature to be delivered in a threefold plan to increase Chrome user's security, it will allow users to stay at the page they intended to browse to, while "all redirects originating from third-party iframes will show an infobar".

In addition, users running the Windows 10 Fall Creator Update with an HDR-compatible graphics card and display will be able to play HDR videos on Chrome from now on.

Finally, on the security front, Google has updated Chrome's V8 JavaScript engine to protect against speculative side-channel attacks, as announced by the company earlier this month. First discovered by Google's Project Zero security team, the vulnerabilities now known as Meltdown and Spectre could be used to launch attacks directly from websites by just running some JavaScript code.