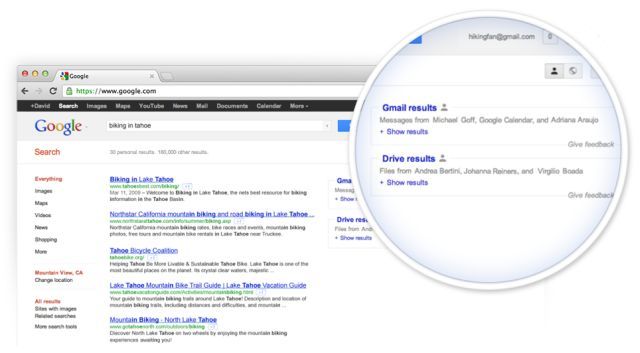 In August, Google announced it had launched what it called a "limited field trial" that let Gmail users have their emails show up when they use the main Google search service. Now the company has announced an expansion of that trial to include even more of Google's services.

In a post on Google's search blog, the company said people who sign up for this new trial will see Google search results that will include not only information from a person's Gmail emails but also " ... files, documents, spreadsheets and more from Google Drive." Similarly, people who use the Gmail.com search box will also see "results from Google Drive, Google Calendar, and more".

If you want to be a part of this trial, you can sign up at Google's website. So far, Google has not announced when these new features will be expanded to all of its users.

When Google first announced its Gmail search trial in August, Sagar Kamdar,  the company's director of product management for universal search, said that adding Gmail results in a search thread has to be safe and secure. Hopefully that attitude will extend to this new Google Drive limited trial as well.