Google's Project Fi is getting some improvements soon, as the company today announced that it's going to begin testing an enhanced network for the service. The upgrade aims to improve security, speed, and stability, and it'll be rolling out in a beta stage during this week.

For security, Google is introducing additional protection by encrypting all of your data and routing it through its VPN service, no matter what network you're connected to. No one else will be able to snoop on your online activity, including Google itself, which means none of that activity will be linked 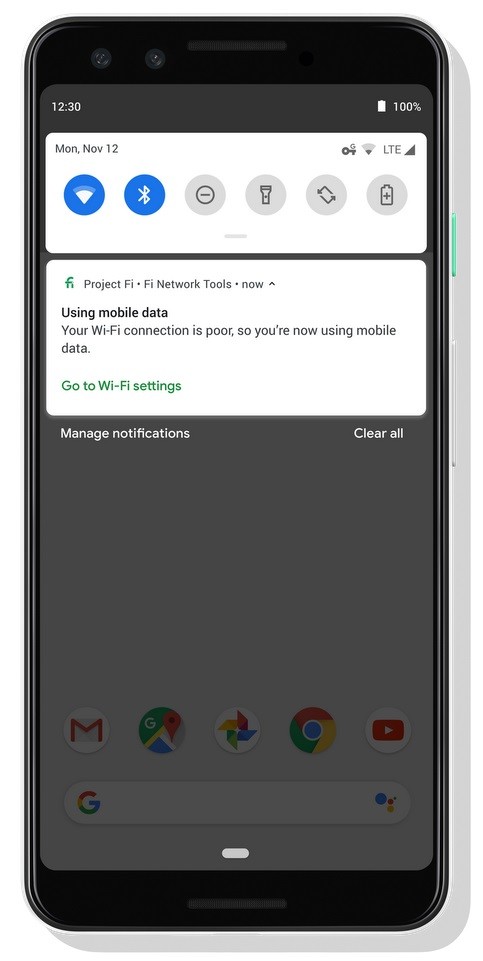 to your phone number or Google account. This does come at a cost, though, as Google warns that using the VPN will result in about 10% more data usage.

When it comes to speed, the focus is on maintaining stable connections so that you don't miss a beat when you move out of the range of your Wi-Fi network. Project Fi will now be able to seamlessly move you from Wi-Fi to 4G when your connection becomes unusable. Android itself already allows you to use mobile data when you can't connect to the internet using Wi-Fi, but Google says the improvements made with Project Fi help reduce the time without a connection by up to 40%.

To try out the new enhanced network, you'll need to be on a Fi-compatible device running Android Pie, and you can enable the experience in 'Fi Network Tools' in the Project Fi app. As Google's network matures, it seems to make sense that it would be renamed to Google Fi, but that change has yet to be announced by the Mountain View company.