If you've ever had to use public transportation, you would know how stressful it can be making sure that you get off at the correct stop, especially if you haven't used the particular route before. It would seem that Google has taken this in stride, and will roll out an update that makes it easier for the millions of commuters using alternative transportation. 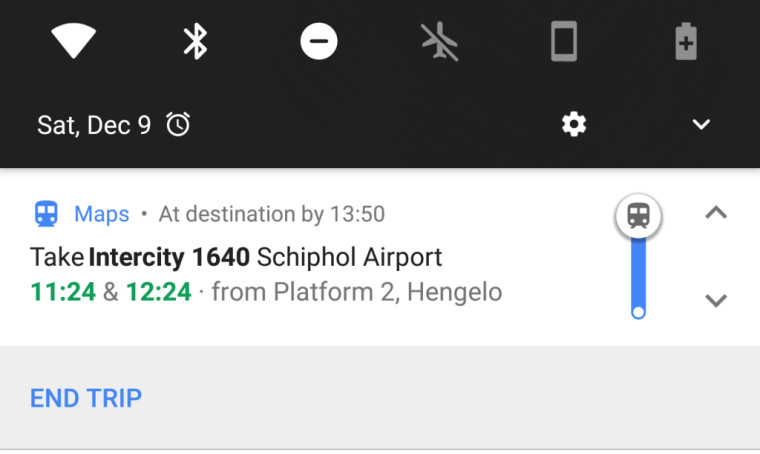 According to a report from TechCrunch, this new update to Google Maps will bring two new features to the app. When you're about to start a new trip, you enter your destination, and press start, as one usually does when using the app for directions. However, unlike previous iterations, it will then give you live updates about your particular journey, be it by bus or train, similar to how the app gives directions for driving, walking, or biking. Google Maps will also notify you when you need to jump off, which is useful if you happen to be distracted by something.

In addition to the above, it will show updates on the lock screen of your smartphone as well, through an interactive widget of sorts.

The update will reportedly go live soon. In November, Google updated the look, and feel of the Google Maps app to better highlight information relevant to drivers, or users of public transportation for instance. In addition to this, it also changed the color scheme of hotspots, such as Shopping Centers, services, and other points of interest in a bid to make it easier to see on the map, without having to do a search.