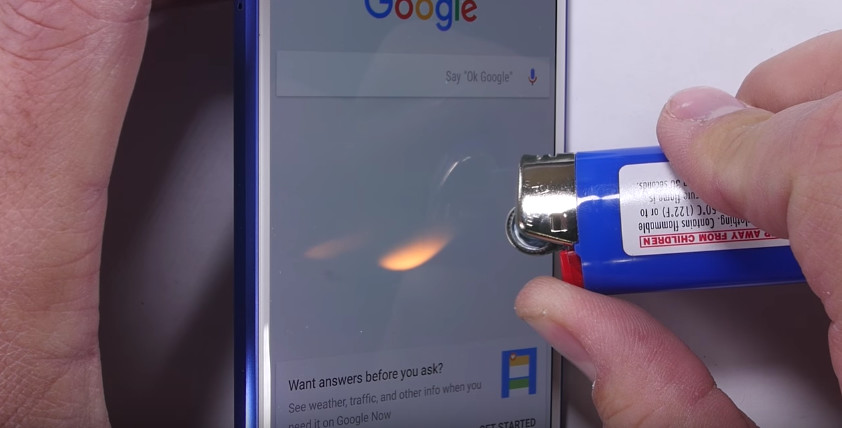 Much like a complete teardown, a documented torture test has become something of a rite of passage for a new device released to market. While Google's Pixel smartphone slowly arrives into the homes of those that pre-ordered, one YouTuber, has taken the time to show how durable the Google Pixel really is.

JerryRigEverything has been known to put all kinds of new technology to the test, just so you don't have to. While the YouTube channel might put devices under insane amounts of stress like subjecting the screen to flames, it's good to know that the Pixel can take a good amount of abuse.

Although it does have some issues with extreme heat being applied to the screen, leaving a permanent blemish on the LCD, the Pixel will most likely never have an issue with getting scratches on its metal body from keys or coins in the pocket. If you are someone that hates scratches, you might want to be a bit more diligent in handling the glass back panel, as it does seem more susceptible to scratches than the front display.

The smartphone should also be able to survive being crushed in a back pocket, just in case you accidentally sit on your phone. If there is one odd area of the Pixel, it would have to be the earpiece speaker grille. The Pixel doesn't offer a plastic or metal grille like most smartphones, but one that is made from cloth, which is more fragile and could degrade at a faster rate over time. Luckily, if you happen to break your phone, you can always head to a local repair shop to have it fixed on the same day if in the United States or Canada.