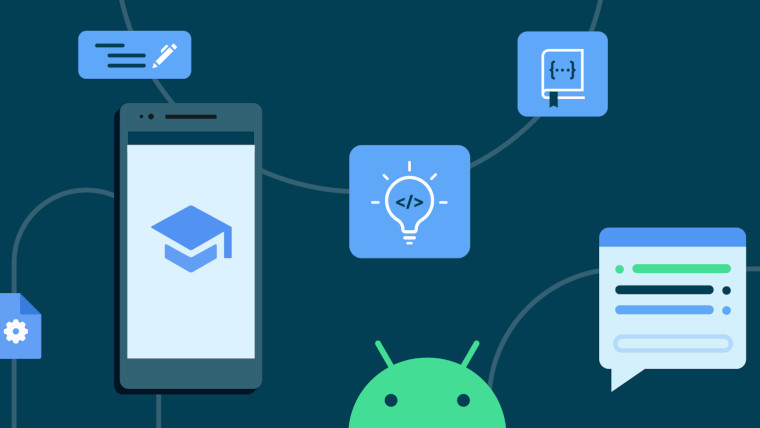 Google has announced the launch of the Android Development with Kotlin curriculum that gives instructors a plan to follow when teaching students how to write apps for Android devices. The course can be delivered in-person or in a virtual environment which really works well for the current situation where lockdowns are in place.

This new curriculum replaces an older one that was released back in 2018. The updated curriculum factors in Android platform changes such as the release of Android Jetpack libraries and Google preferring Android apps to be written in Kotlin rather than Java. According to the firm, Kotlin makes developers more productive with its “more concise syntax and improved code safety”.

Teachers are allowed to modify the curriculum when delivering it to students to make it work better in their specific circumstances. What’s more, is that instructors do not need to have prior Android or Kotlin experience although having a good grasp of programming is recommended.

In addition to the new course, Google is also making its Android Study Jams programme available for all today. Android Study Jams is an online curriculum that teaches programming through hands-on lessons. The programme is tailored for peer groups who learn to build Android apps together with a study group.

The Android Study Jams programme comes with two tracks that students can follow. The first track is aimed at programming novices who have no experience while the other track assumes that you do have programming knowledge but that you’re new to Android and Kotlin.

Today’s news is oriented towards formal education environments but Google also has a selection of materials that independent learners can also take advantage of. The company recommends its self-paced learning content, a selection of courses on Udacity, the library of YouTube videos, as well as the resources on developer.android.com.