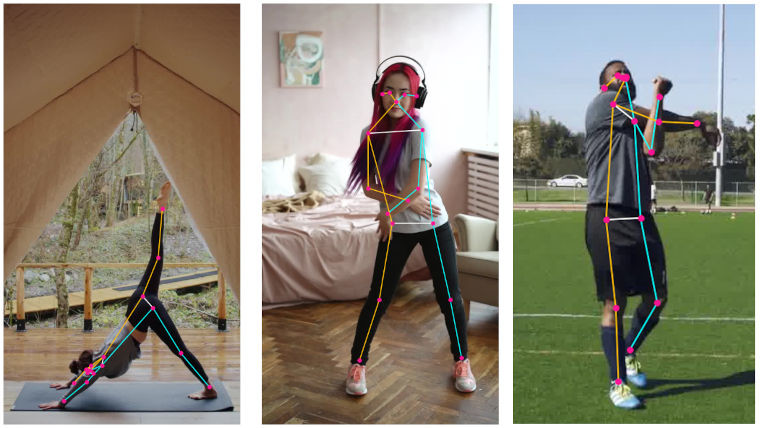 Google has launched MoveNet, a pose detection model, with an API available in TensorFlow.js. According to the firm, MoveNet can detect 17 keypoints of a body very quickly and accurately. To accompany the launch, Google has teamed up with IncludeHealth to find out whether MoveNet can deliver remote care for patients.

The MoveNet model is available to developers on TF Hub in two variants; Lightning and Thunder. Google has designed Lightning to be used in latency-critical applications while Thunder sacrifices more time for better accuracy. With that said, both models run faster than real-time on modern computers and phones which Google says is a critical requirement for its use in applications.

Google’s MoveNet partner, IncludeHealth plans to work with hospitals, insurance companies, and the military to extend traditional care beyond the in-person experience. Commenting on the collaboration, Ryan Eder, Founder & CEO at IncludeHealth, said:

“The MoveNet model has infused a powerful combination of speed and accuracy needed to deliver prescriptive care. While other models trade one for the other, this unique balance has unlocked the next generation of care delivery. The Google team has been a fantastic collaborator in this pursuit.”

Going forward, Google wants to extend Lightning and Thunder so that they’re capable of tracking the movements of several people at once allowing for multi-person applications. The search giant will also be using benchmarking and optimisation to speed up the TensorFlow.js backends so that model execution can be made even quicker. To get started with MoveNet, follow the instructions in the announcement.