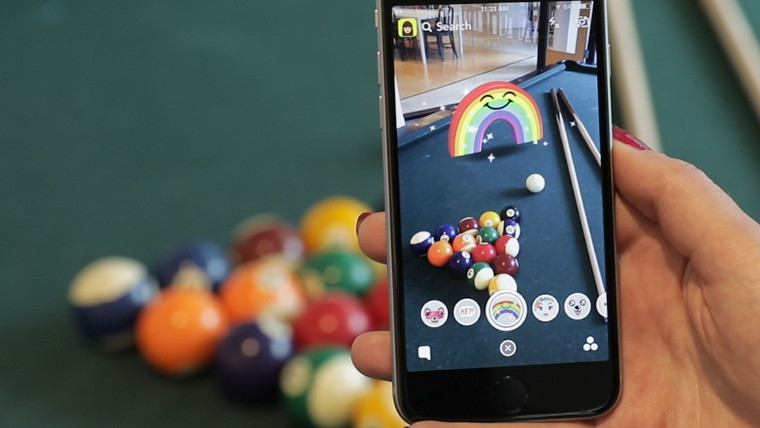 A UK-based startup named Blue Vision Labs has secured a total of $17 million in funding from Google's investment arm, Google Ventures, as well as other tech companies such as Accel, Horizons Ventures, and SV Angel. Google Venture's interest is in Blue Vision's work in creating a collaborative augmented reality (AR) platform.

What it is creating is like Pokémon Go but with far more applications and interactivity. Blue Vision Labs describes its augmented reality project as a city-scale, cloud platform, where users can create persistent, interactive, and shared digital experiences.

This corporate tech jargon can translate into numerous things; so let's start with what it basically means. Your phone, and its position in the 3D-mapped environment, would serve as your avatar. Through your phone's camera, and looking at the world around you through the screen, is how you would interact with the various AR things created by others.

For example someone could build a navigation system that places virtual instructions which you can see and interact with using your phone. Walking down the street, looking through your phone, you could be passing under giant blue arrows showing you the way to a point of interest. Just as the company shows in its promotional video. But the potential applications are huge, the platform could be used for games, retail, transportation, exploration, and socializing. For instance, if you can't find exactly where your friend is at in a busy market , your friend could activate the platform on their phone and through visual positioning and using the computer-vision driven 3D cloud map, an emoji avatar could pop up showing your friends location for you to see.

As you navigate a city you would also be able to see other AR content along the way. So maybe a tourist walking past the Houses of Parliament in London might be able to open the platform and look at an historic photo of the site, but taken from the spot they are standing and superimposed onto their current view of the building. This all depends on what people choose to make with the platform.

It is in early access but people who live in San Francisco, New York City, or London can sign up for its iOS or Android software development kits and get started on creating augmented reality content.