Designing interfaces that support a myriad of devices, while targeting multiple platforms can be a nightmare for developers. In the past, multiple test kits and prototypes had to be built before the final code could be sent to mobile app stores. However, Google aimed to change all that when it introduced Flutter at Google I/O in 2017.

At Mobile World Congress this year, Google announced that Flutter will be available to all developers, as it announced the first beta for the SDK. The open-source toolkit allows developers quickly adapt user interfaces to specific devices much like Facebook's own React Native. However, the company quickly noted that, unlike its rival, Flutter allows for rapid development. This is made possible thanks to the SDK updating the application on your test device within seconds, allowing for changes to be made in quick succession.

Beyond that, the toolkit uses the Dart programming language introduced by Google. Although, reportedly not well known in a broader sense; the Product Manager for Google, Seth Ladd pointed out to TechCrunch that it was just the right fit for the task:

“We didn’t find another language that hit this sweet spot of fast development cycle plus the standard stuff devs expect and love like object orientation, a rich core library and very easy onboarding."

Breaking from its rivals - that being Facebook React Native and others - Flutter offers GPU-accelerated graphics and rendering. This means that designers can build interfaces unlike any other, which was reportedly quite difficult using a 'web view' for instance. Ladd pointed out that the company built its own graphics engine just for this purpose:

Apps that have used the toolkit, include Hamilton: The Musical, among others; with one such developer, Codemate, using it to build a 'beautiful' app called Hookle. The CEO of that company, Toni Piirainen, noted that “We now confidently recommend Flutter to help our clients perform better and deliver more value to their users across mobile”, after finding the high-velocity development cycle quite useful. Google pointed out that its toolkit will play nice with existing pieces of code, negating the need to rebuild an entire app. 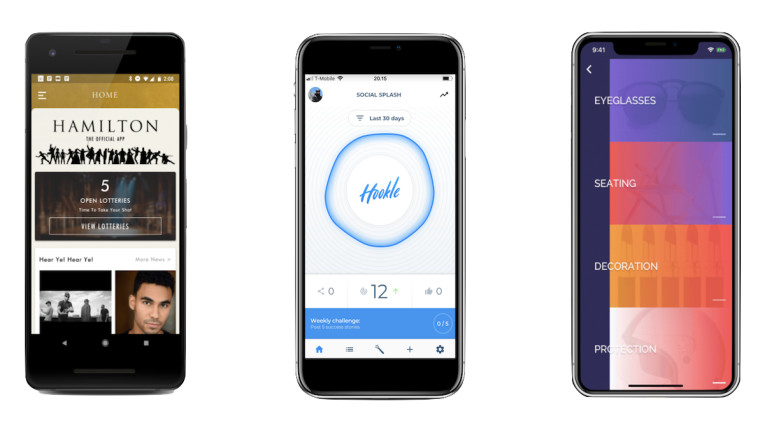 New features introduced since the alpha include several accessibility options, right-to-left text, localization, internationalization, inline video, image formatting support, and the ability to run Flutter code in the background, among other things. New devices like the iPhone X and operating systems like iOS 11 are supported as well. It also improved support for development tools such as Android Studio and Visual Studio Code - the new 'light version' of Visual Studio from Microsoft.

To get started, Google has released a useful guide, and for those who already used the alpha version can check out these instructions to switch to the new beta via Github.