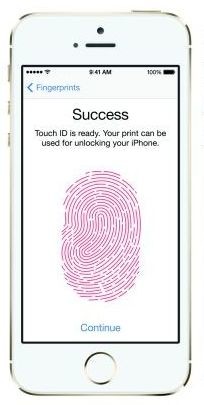 Apple's iPhone 5s launched on Friday, and demand for the latest iOS smartphone is supposed to be huge so far. One of the things that Apple has promoted heavily about the 5s is the Touch ID feature, which is supposed to use a person's fingerprint to unlock the phone as well as other software and services. Now it appears that a hacker group has quickly found a way to defeat Touch ID.

According to a report on Reuters, the well-known German hacker group the Chaos Computing Club photographed a person's fingerprint and then printed it on a transparent sheet. The sheet was then used to make a mold for a fake finger. The mold could unlock an iPhone 5s with the Touch ID feature enabled.

One of the group's hackers, who goes by the online name Starbug, posted a note on the CCC's website as saying, "Fingerprints should not be used to secure anything. You leave them everywhere, and it is far too easy to make fake fingers out of lifted prints."

So far, Apple has yet to comment about the CCC's claims. The company is expected to make a statement about overall sales of the iPhone 5s and 5c this week.