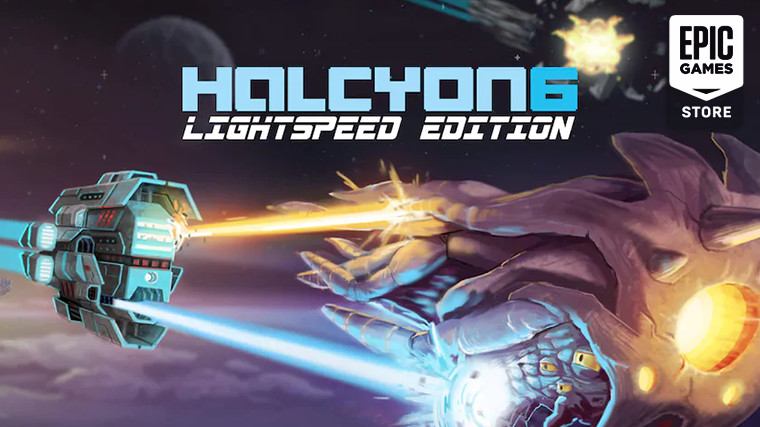 The Epic Games Store today brought forth another free game to grab as a part of its weekly giveaways, and taking the place of last week's Metro: Last Light Redux and For The King is Halcyon 6.

The indie strategy RPG has players reclaiming a derelict starbase to survive an alien invasion, which involves building station facilities for enhancing production and technologies, exploring star clusters, managing the crew for efficiency, and fighting tactical ship and ground battles in hostile events.

The Massive Damage developed title originally released in 2016, but this is the Lightspeed Edition that launched in 2017, which received an 8.5/10 verdict in our own review. This edition features a streamlined campaign, a new progression system, better UI, and enhanced combat among other changes over the original version based on feedback.

Epic Games Store is offering the Windows version of Halcyon 6, however, the title is also available for macOS and Linux via Steam where it is priced $14.99 at the time of writing. Here are the modest minimum requirements:

The Halcyon 6 giveaway will be available until February 18, which is when Epic Games will begin offering Rage 2 and Absolute Drift as the next freebies.

Alongside the giveaway, the store has also kicked off a new sale that brings down the prices of several high profile games such as Immortals: Fenyx Rising, Cyberpunk 2077, and Assassin’s Creed Valhalla, among others. Star Wars Battlefront II owners can also grab Star Wars: Squadrons and Jedi Fallen Order for a lower price than non-owners.

Moreover, Epic will be hosting a Spring Showcase livestream later today that will have "new announcements, gameplay and extended looks presented by the developers creating the games we all love." This is slated to kick off at 2PM ET / 11AM PT, and it's likely that this is where the next wave of exclusives to the store will be revealed.