Probably the biggest announcement from Dell at CES is the new XPS 13, which finally puts the webcam above the display after years of criticism for putting it beneath the screen. The new webcam took a lot of engineering though, as it's just 2.25mm.

Above is an image of the old webcam and the new one. The change comes with one sacrifice though. There's no more IR camera for Windows Hello, a feature that was only introduced last year. It's actually kind of interesting, because that means that Dell introduced the IR camera last year knowing that it would get pulled this year.

When I asked why, I was told that there was more interest in fingerprint readers, something that's still present in the power button. It wouldn't surprise me if Dell figured out a way to include it next year though.

Also, the company wouldn't confirm that the new webcam is coming to other XPS models. This seemed like an odd thing not to confirm, because it seems pretty obvious.

Another thing that's kind of cool is that the hinge is different, although you probably wouldn't notice if you didn't know. It's meant to be easier to open. I'm told that Dell historically went with tighter hinges, as hinges can get looser over time. But to make it easier to open, the hinge is actually looser until it's open until about 20 degrees, and then it tightens up.

Other than that, much of the XPS 13 is the same. It has the same keyboard, which is a good thing, as it didn't go to the MagLev keyboard that's in the XPS 15 2-in-1. It comes in three colors now though, not that you can really see them in the frankly awful lighting in Dell's demo area.

One is the traditional silver model with the black carbon fiber interior. Another is the rose gold model with a white woven glass interior that was introduced last year. But Dell tells me that it got feedback that while everyone loved the white woven glass interior, not everyone liked the rose gold exterior. So now, there's a white model called Frost.

Called a pen garage, it actually stores the pen inside of the hinge, solving a pain point that I've been pointing out for ages. Microsoft uses a magnetic attachment, but the problem with magnets is that the pen will fall off in your bag. Lenovo uses a pen holster, but the problem with building it into the device is that it usually comes with a smaller pen. Dell, however, found a way to put a full-size pen into the device.

I'm also told that Dell has patented this idea, and included in the patent are other ways that this can be used, and other things that can be stored in the hinge like that. 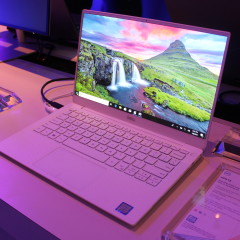 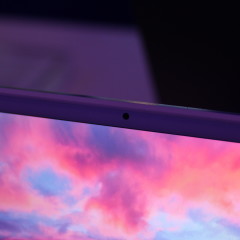 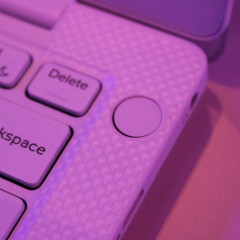 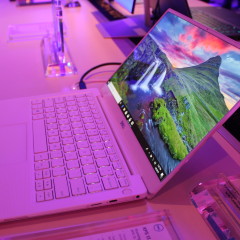 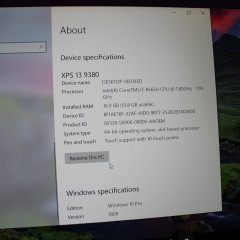 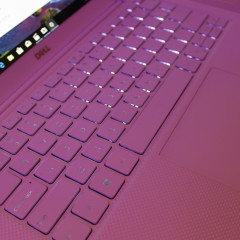 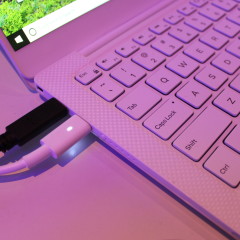 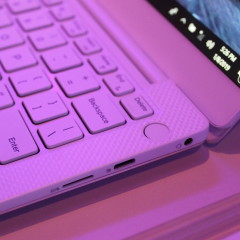 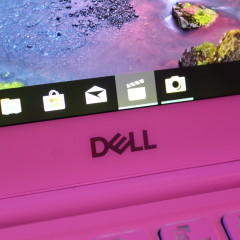 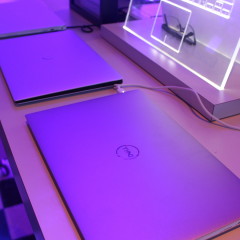 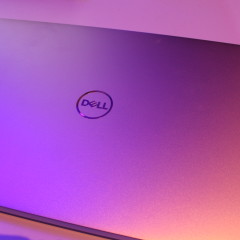 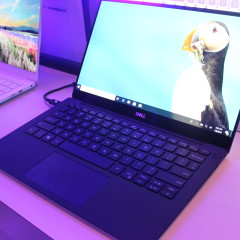 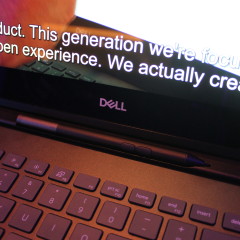 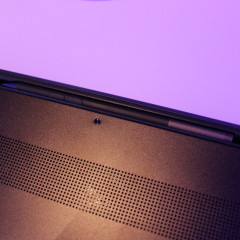 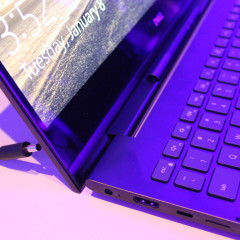