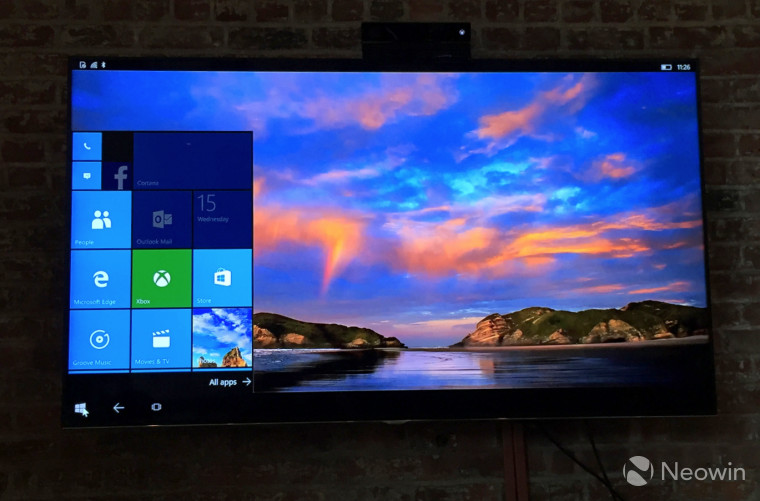 When Windows 10 Mobile is released later this year, along with new hardware, one of the key new features will be Phone Continuum. Microsoft has shown off this feature a few times on-stage at its various conferences, and now I have had a chance to try out the feature.

Phone Continuum allows you to use your phone on a larger display and in the arrangement that I got to try out, Microsoft was using prototype phone hardware and Miracast to display the OS on a TV.

By connecting a Bluetooth keyboard and mouse to your phone, in effect, you get a mobile PC on any screen that supports Miracast. If a display does not support Miracast, you can use other methods to get your phone to a display but this solution presents the easiest way to turn your phone into a ‘PC’ with the least amount of cables.

Once you are up and running, it really does feel like you are using a full blown PC. Because you get the desktop experience with Universal apps, such as the Office suite that is on Windows Mobile, there really is a reason to use the phone in this mode. 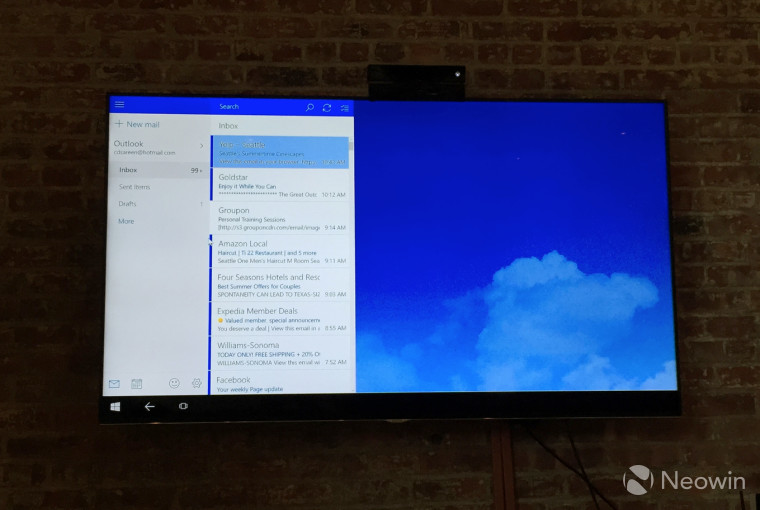 The problem with previous attempts at trying to turn your phone into a PC was that the apps would simply scale up to the larger screen, rather than orient to a version that was mouse and keyboard friendly. With Universal apps, when you open Outlook with Phone Continuum, you get a layout that works quite well with mouse and keyboard input, and feels familiar even though it's running off of the phone.

And all of the inputs you would expect work too. Right mouse click, keyboard shortcuts, drag and drop, it’s all supported here. But there are a few items missing that you might expect, such as being able to put icons on the desktop; however, it’s important to keep in mind this is an early version of the feature.

Phone Continuum is going to be a feature on the upcoming flagship Windows phones and while we do not see this feature taking off on day one, it’s easy to see how as Continuum evolves and adds a few more features, it will become a new option for the enterprise that favors a more mobile future, but which has employees that don’t need machines with lots of horsepower. 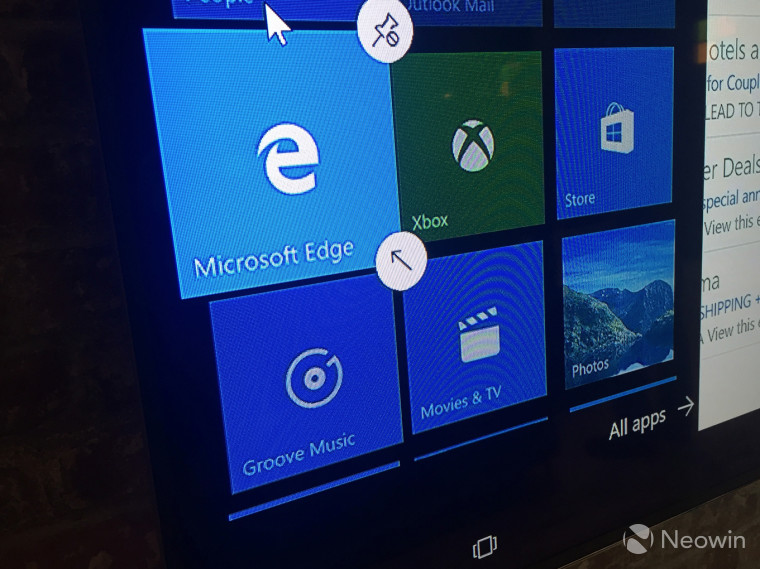 It’s not hard to see how this feature can be immensely useful. Imagine you are working on your phone, you set it down on a dock, and now you have the full Office experience on a large screen with mouse and keyboard support. Finish your work, take your phone with you to the client, set it down on a new dock, present the information right from your phone. If you are only answering emails and working on light spreadsheets, this presents a very real and practical alternative to using a laptop, and a way for the enterprise to reduce their cost on IT hardware too.

While using the setup, I had no issues with performance. In fact, I was quite surprised at how simple the process was from beaming to the display with Miracast to pairing up the devices to use the phone like a PC; everything went smoothly. Opening apps showed no sign of hesitation and all the basic tasks showed a lot of promise that this arrangement really is the way of the future.

One day in the future, our phones will be powerful enough to handle most of the tasks we perform on a daily basis and when that day does arrive, Phone Continuum will be a mature feature ready for the masses.