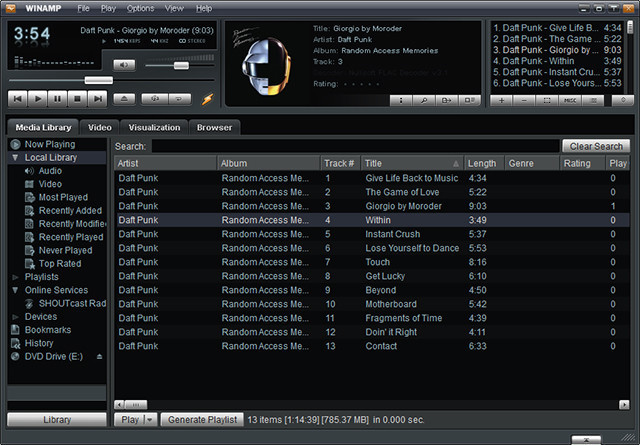 The Winamp media player and its associated website were supposed to be shut down on December 20th by its current owner AOL, but as we have reported before both the application and the site continued to stay alive past that deadline. Meanwhile, rumors about a  acquisition of Winamp have continued for the past several weeks.

Now there's more evidence pointing towards the possible buyer. A member of Winamp's forums noticed late on Tuesday that the domain name servers for Winamp.com have been switched from AOL to Radionomy, a streaming music and radio service. Neowin has confirmed that the domain servers for Winamp.com are now under Radionomy's control via a WHOIS search, although the actual website ownership still technically remains in AOL's hands at the moment. We have emailed both AOL and Radionomy for comment.

Radionomy launched in 2008 thanks to four Belgium entrepreneurs in Europe; it became widely available in the US in 2012. Unlike other streaming music services like Pandora or Spotify, Radionomy also offers tools to let users create their own online music or talk show stations they can host themselves. It gets revenues from those stations by requiring them to run four minutes of ads every hour. The service claims to have 13 million unique listeners.