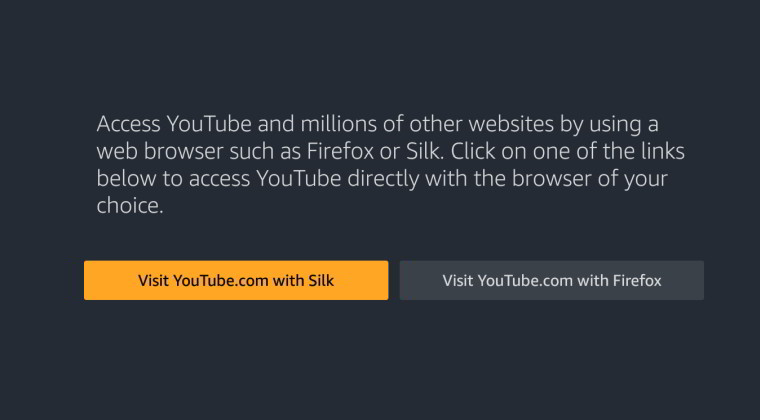 Google's promise to yank YouTube for Amazon's Fire TV has arrived a few days earlier than expected. The good news for users is that the streaming service can still be accessed through web browser apps.

YouTube was originally supposed to have been pulled on January 1, the latest move in a back-and-forth between the two companies that started when Amazon stopped selling Chromecast products on its site two years ago. However, Fire TV users trying to access YouTube now have already started receiving notices that you need to use a browser to get to the service. Users are then given the choice of using Fire TV's Silk browser or Firefox, which recently started supporting Fire TV.

Speculation is that this may be a pre-emptive strike by Amazon to get ahead of Google, as AFTVnews found that the January 1 warning message is still available by "sideloading" the previous version of the YouTube app. 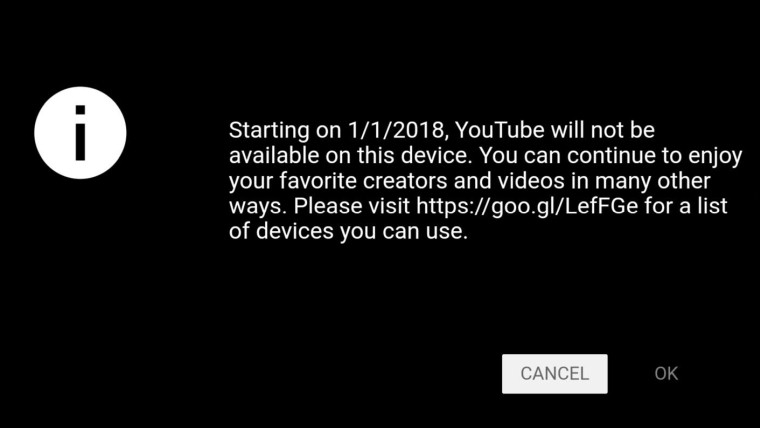 Amazon and Google have supposedly been in "productive discussions" to resolve their issues, but this move makes it appear that those talks may not be resolved before Google's deadline. At least the spat won't impact Fire TV users too much, adding just a few extra steps to the process of accessing YouTube.