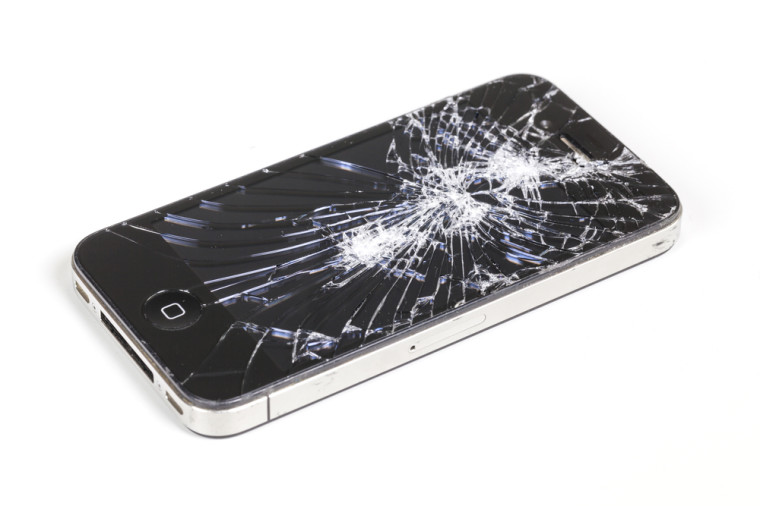 The mobile market is one of the biggest today but if a recent report by industry watchdog Argus Insights is to be believed, the market has reached its saturation point and smartphones no longer provoke consumers' imaginations like they used to.

Case in point: Samsung. Argus argues that the (relatively) low sales of the company's latest flagships, the Galaxy S6 and S6 Edge, despite rave reviews, prove that smartphones have now lost their allure and the industry as a whole is approaching its saturation point. The watchdog believes that the incremental upgrades in smartphone hardware no longer excite existing owners of smartphones enough to spur them toward the purchase of a newer model:

Consumers are losing interest in the smartphone market, and Samsung's flashy flagship phones could not reverse the trend. New phones are typically a vague improvement on old ones, with better cameras, memory, etc., but these small improvements are failing to create urgency for consumers to upgrade right away. The holiday season of 2014 saw extreme smartphone demand, and it will take something truly interesting in a handset to inspire those consumers to ditch their holiday gifts and upgrade early. Samsung managed to gain back mindshare in the US market with the release of their flagship Galaxy S6 and S6 Edge handsets in April 2015, but even this high profile release did not boost market demand.

While the low sales of Samsung's phone do indicate a fall in the demand for Samsung phones, they do not necessarily represent the entire industry, as Apple is still enjoying rapid growth and it may simply be the case that Samsung customers are now buying Apple's phones. Samsung's hastening the launch of the Note 5 may just be an indication of this trend. This is further supported by Argus' own data, which shows consumer interest in the iPhone increasing as they paid less interest to Samsung's offerings:

The company does, however, provide another interesting piece of information to prove its point: 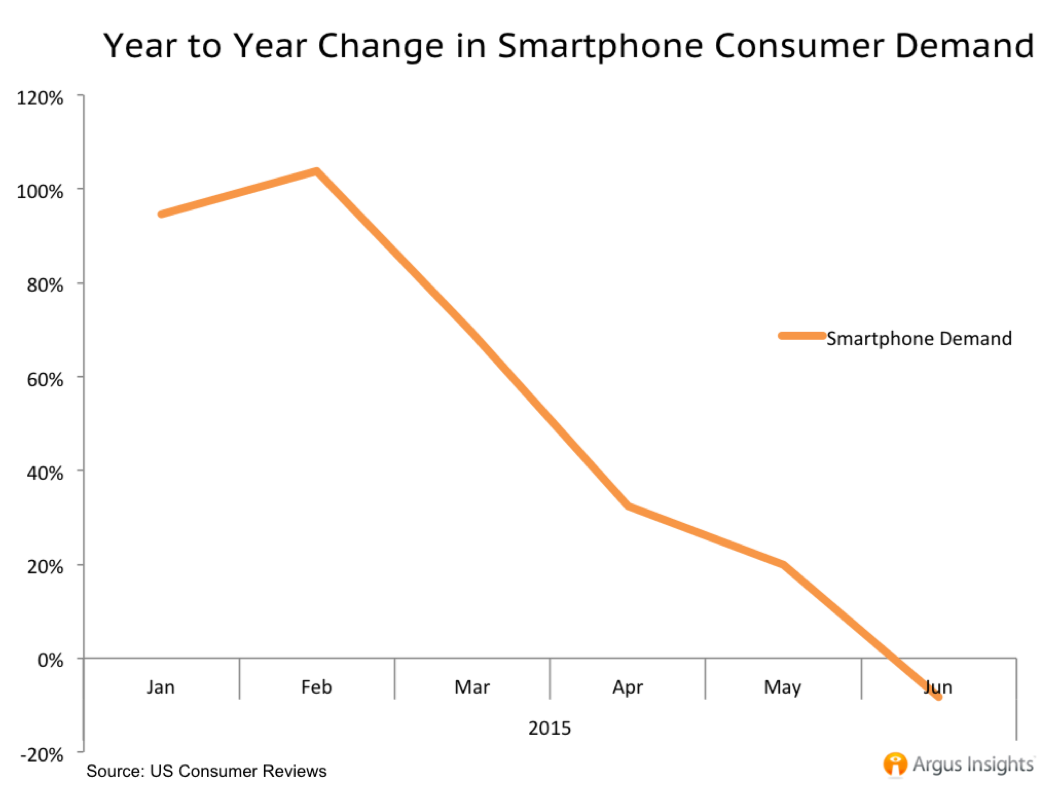 According to this graph, smartphone demand at the start of the year was doubling month over month but not only has the rate of growth declined sharply in recent months, smartphone demand in June actually decreased by 8% compared to May.

All industries decline eventually and while the smartphone industry has seen exceptional growth over the last few years, Argus' predictions may come to fruition soon enough, as smartphone updates become more and more monotonous, both in their software and their hardware. I don't believe that the time is now, though, as smartphone penetration worldwide is still at a meager 30% and companies like Samsung and Apple are still looking to push all boundaries.