Windows 10 will bring various new features when it launches next week, including streaming Xbox games, a screen recording utility, a revamped Start menu, Universal App support, and much, much more. One of the features which was previewed in Microsoft's consumer event in January but which will not be available at launch, was the Messaging app, which sought to integrate Skype chat and even SMS into one app.

Microsoft has now - seemingly by mistake - give us another glimpse at the app in one of its '10 reasons to upgrade' videos.

As can be seen at the at the 24-second mark, the Messaging app integrates quite well with Action Center, showing not only pictures but also allowing you to reply from within the Action Center, without having to open the app.

The app, when first talked about by the Skype team, was supposed to be a Universal app across desktop and Mobile Windows 10 and natively integrated Skype into the OS. You could send SMS and Skype messages in the app on your phone - with further talk of brining SMS continuity to the desktop too, similar to what Apple has already done. 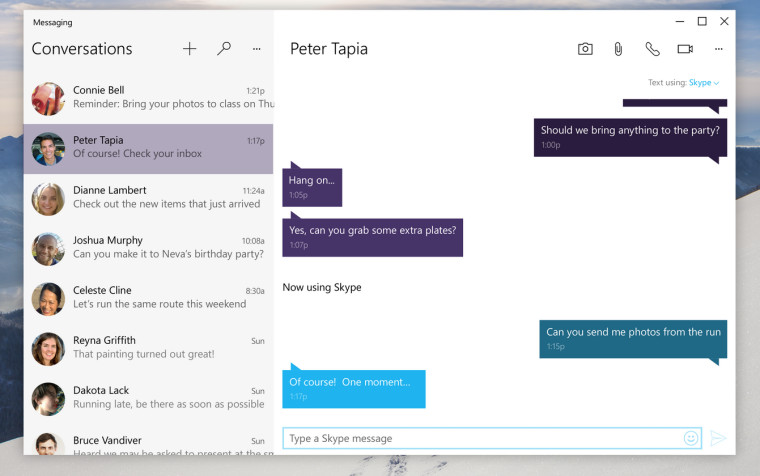 Alas, apart from the above mockup first released by the team - and this tiny leak - Microsoft is still not talking much about the app and it is likely that we won't see it anytime soon, probably not until Threshold Wave 2 or maybe even Redstone.