If the user chooses the appropriate option, Cortana is designed to respond to the user’s voice when the app is open or if the screen is unlocked. Because Cortana is not integrated into the operating system like the “OK Google” voice feature, Microsoft’s assistant carries certain limitations of non-native operation. Cortana’s active listening feature can sometimes suffer from inconsistency even when the correct option is set. 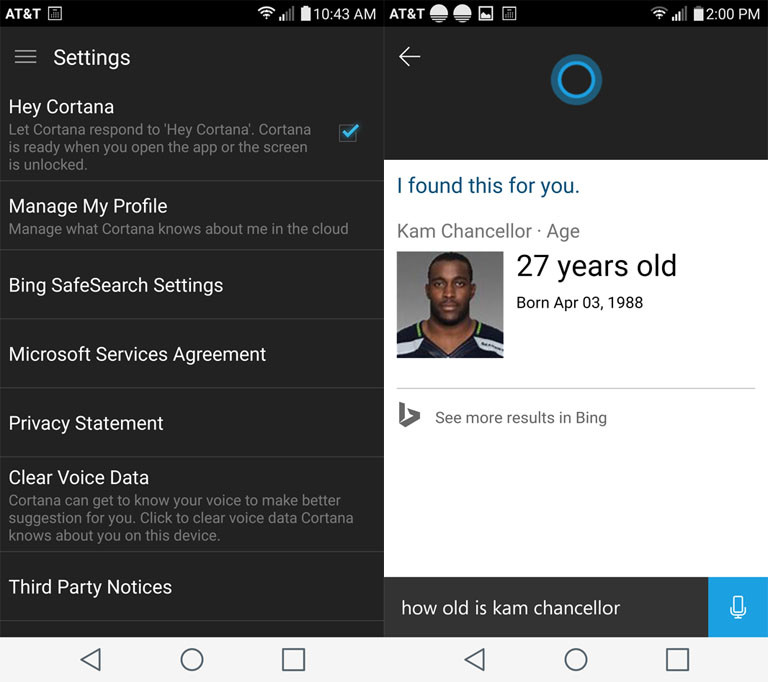 For example, in our limited testing on an LG G4 running Android 5.1, active voice recognition doesn’t work every time even when the Cortana app is open. When the app isn’t open and isn’t running in the background, the feature works only intermittently, particularly when the “OK Google” listening feature is switched on in Google’s app settings.

If you are planning to test out the new feature, it seems like the ideal setup for Cortana’s “Hey Cortana” feature, is when the app is granted access to the Home button and when the “OK Google” voice feature is switched off. Since Cortana for Android is still in beta, there is still much room for improvement and we'll see if Microsoft can work to resolve the conflicts.

If you're using Android and haven't signed up, the Cortana beta is available using your Google account.