Hewlett Packard has used its big “Think Beyond” event to announce a number of new WebOS based devices, from phones to a new tablet.

During the event, Hewlett Packard’s Jon Rubinstein introduced the new HP Veer phone, a device that the company believes has the power of higher end, larger phones, but in a form factor that can easily fit into your pocket.

The HP Veer looks very similar to the Palm Pre, has a 2.6-inch touchscreen and is powered by a 1.2GHz Snapdragon processor. It is fully compatible with HSPA+ and ships with 8GB of storage. 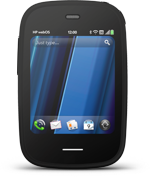 Jon then went on to announce the Pre 3 which will ship in two different versions. One will be an HSPA+ version while the other with be an EVDO based device, and they both contain an powerful Qualcomm 1.4GHz processor and a slide out hardware keyboard. 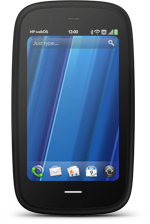 Finally, Hewlett Packard announced the TouchPad, an iPad-like device that weighs in at 1.6 pounds and has a hefty 9.7-inch XGA, capacitive multitouch screen with a 18-bit color display at a resolutionof  1024x768, the same as the iPad. It will also support video calls via a 1.3 Megapixel webcam on the front of the device and can be purchased with either 16GB or 32GBs of storage.

Once again, the TouchPad will contain a 1.2GHz Snapdragon processor, which the company claims is “screaming fast." Thanks to Hewlett Packard’s Synergy cloud based sync solution it can also automatically update contacts, calendars and other features with other WebOS based phones similar to the way that Apple’s MobileMe service does. 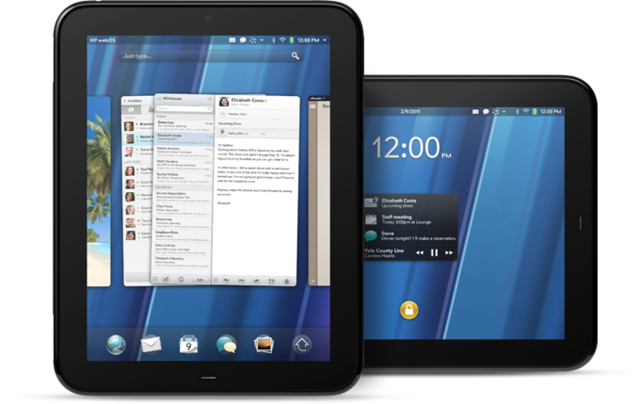 The TouchPad can even display SMS messages that are sent to a WebOS phone, make calls via Bluetooth and share links simply by tapping the phone against the TouchPad. The TouchPad will also ship with Quick Office, and Adobe Flash for web browsing. The Touchpad will be compatible with any HP printer out of the box.

HP announced the new version of the HP branded WebOS back in October.

Pricing has yet to be announced, with Hewlett Packard stating that both carriers and pricing will come at a later date. The device is due for release in the summer and will likely run into stiff competition from the iPad 2 which is due for release around the same time, if not sooner.