One of the first rules that a business person should learn is to use the products that you're trying to sell. HP Chairman Ray Lane apparently didn't get the memo, as evident in photos published by Reuters.

Lane was one of the board members who helped to get rid of former CEO Apotheker, who couldn't seem to figure out what he wanted to do with the company. Before that, Lane had actually been a very public defender of Apotheker's plan to spin off HP's PC division, and now we see why: 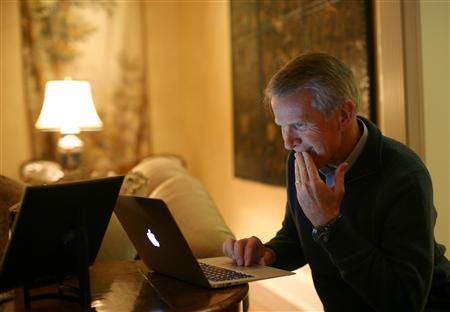 Since Meg Whitman took the reigns at HP, Lane has actually reversed his decision, but he still doesn't seem to think that the products they have to offer are very good, since he uses a shiny new Macbook Air. This would never fly if Steve Ballmer was in charge.

But really, if you're going to try to get people to buy your products, why don't you at least use them yourself? He's basically telling customers, “Hey, don't buy our products, Apple is better!” He's setting a really bad image. What if Tim Cook got caught using a Windows Phone, or if Bill Gates was spotted with a Mac?